If you appreciate a good love triangle and enjoyed Ten Miles of Peach Blossoms, this is the drama for you. Ashes of Love (香蜜沉沉烬如霜) is a story across two generations about forbidden (ash-like) love (also known as unrequited love or love triangles… still trying to figure out which one it is… could be both).

The lead female is a grape sprite called Jinmi (portrayed by Yang Zi 杨紫). She is given a ‘Perishing Pill’ by her mother (Zifen, the Flower Deity) at birth rendering her incapable of feeling romantic feelings. Her mother’s intention (prior to her death) was to ensure that Jinmi does not go through the same heartache that she did and prevent Jinmi’s impending love trial.

The experienced drama watcher will know that fate can only be averted by romantic, not parental, love. Accordingly, Zifen’s efforts are futile and Jinmi encounters and subsequently falls in love with Xufeng, the Phoenix/Fire/War Deity (portrayed by Deng Lun 邓伦) .

If you haven’t already picked up, the world featured in Ashes of Love is very similar to the one portrayed in Ten Miles of Peach of Blossoms where there is a Heavenly Realm, Demonic/Ghost Realm, various trials in the mortal world and the concept of ascending to High God status (the similarities do not end here).

While it took me a while to warm up to this drama and become accustomed to Jinmi’s naiveté and utter obliviousness, by episode 10, I was hooked. Upon re-watching this drama I actually found Jinmi’s obliviousness (and Yang Zi’s excellent portrayal of her) to be endearing. I attribute this to the tremendous character growth Jinmi goes through, finally becoming an empathetic and self-sacrificing woman.

Ashes of Love, is the only drama I’ve watched that portrays this level of character transformation. Jinmi — through the loss of her loved ones, her mistakes, its accompanying guilt, and hardship — transforms from a carefree but ignorant girl to a mature and understanding lady. This change is not portrayed as a fault (most dramas have a tendency to glorify the innocent/naïve/gullible) but a virtue. 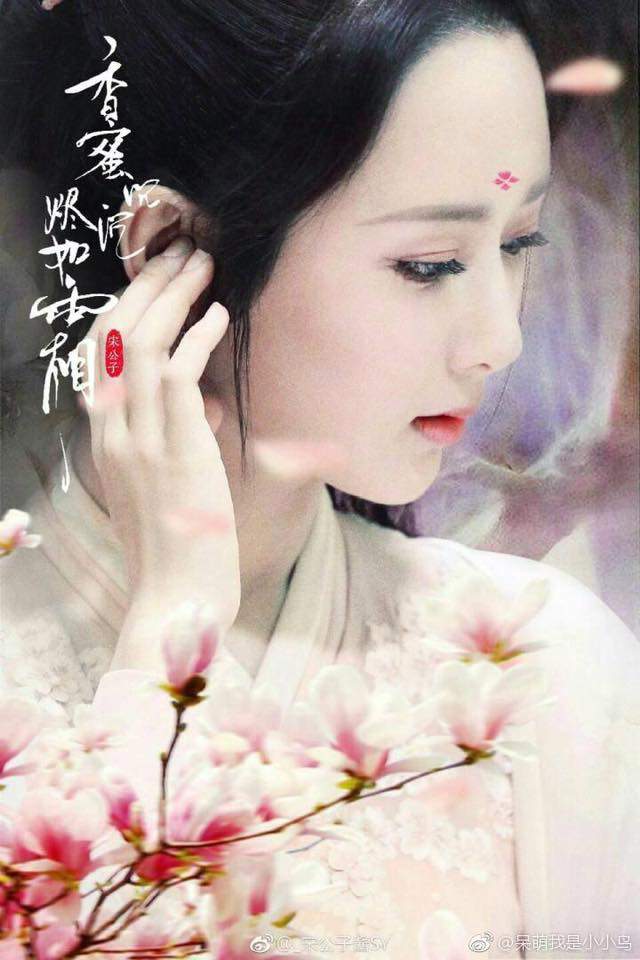 Completing the love triangle is Runyu (portrayed by Luo Yunxi 罗云熙). He is Xufeng’s older half-brother and the Night/Dragon Deity. There has been widespread criticism concerning the amount of screen time Runyu received. I have to agree. Runyu really was front and centre of the drama in the second and fourth arc (which I go through in detail below). This is disappointing. I really wanted to (and still want to) see more Jinmi-Xufeng moments (thats right, the main couple, not the lonesome third wheel…).

Ashes of Love also has a multitude of subplots which can only be described as ‘filler’ (sorry!). I can’t say I enjoyed them very much. They won’t be getting a mention in the episode guide but I will briefly summarise the main sub-plots below for completeness.

The primary sub-plot is the love triangle between Xufeng and Runyu’s father (Taiwei, the Heavenly Emperor), Jinmi’s mother (Zifen, the Flower Deity) and Jinmi’s father (Luolin, the Water Deity) which ultimately lead to Zifen’s untimely death at the hands of Xufeng’s mother (Tuyao, the Heavenly Empress)…. (talk about family baggage). 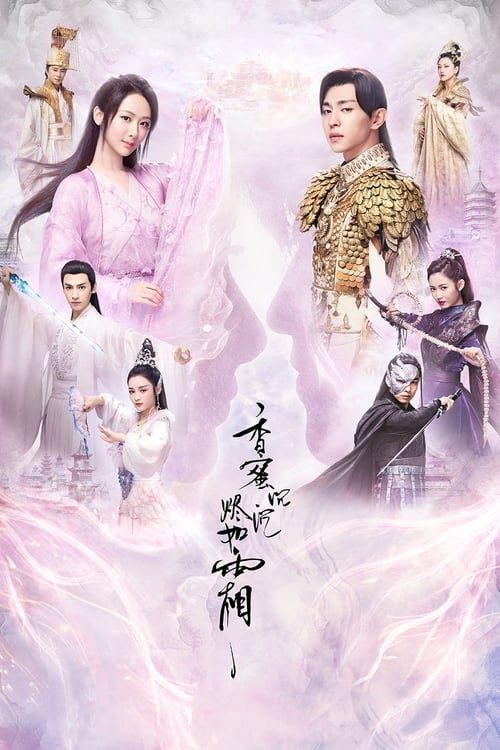 The secondary subplot is the love story of  Liuying (the Demon Princess, portrayed by Chen Yuqi 陈钰琪) and her bodyguard/companion, Muci/Qiyuan. 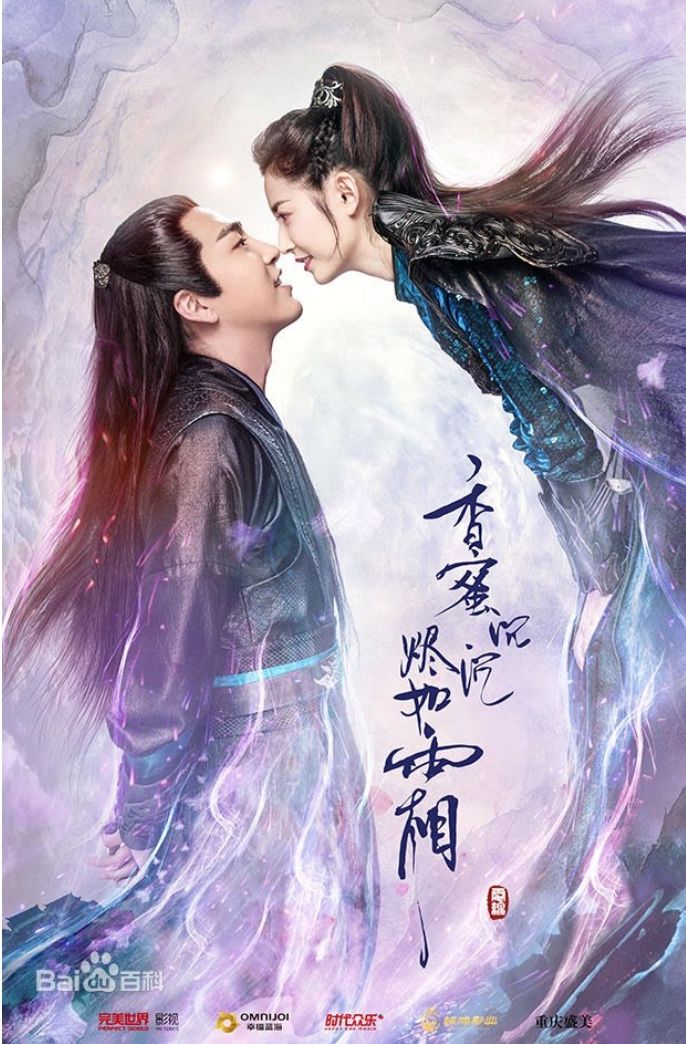 That’s it for the subplots (I told you I would be brief). Now lets get into the episode guide. Ashes of Love can be broken down into the following six arcs (I’ve put a 🌟 next to my favourites):

I’ve gone through each arc in detail below but ‼️ beware ‼️ they contain spoilers.

As already mentioned, this drama opens to the death of Zifen and Jinmi’s ingestion of the Perishing Pill. Thousands of years pass and Jinmi is a young carefree lady who is not very good at magic/cultivating spiritual energy.

Jinmi’s services are so good that Xufeng begins to develop feelings for her quite early on. By episode 3 we get flickers of a love triangle. After consuming something she should not have, Jinmi gets very ill and we are properly introduced to Lord Puchi/Yanyou. Puchi (the Snake Deity) is a friend/admirer of Jinmi but is never really in competition for her heart. It may be because he isn’t powerful enough (at least not compared to a phoenix or dragon) or it could be because he is too in love with himself.

Either way, Puchi is a source of light entertainment in coming episodes. Xufeng, on the other hand, falls more and more in love with Jinmi who is still under the influence of the Perishing Pill (and cannot feel a thing). The results: some very cute moments.

Moving the storyline along, Jinmi’s real identity (a Frost Flower Fairy) is uncovered and it is confirmed that she is in fact the daughter of the Flower and Water Deity. This makes her incredibly powerful/important but also means that her fiancé is Runyu…

To make matters worse, she is required to undergo a mortal trial to ascend to immortal station. With a target on her head (the Heavenly Empress wants her dead), Xufeng joins her in her mortal trial.

During Jinmi’s mortal trial, Xufeng is a warrior king and Jinmi is a priestess/healer. Reflecting past events, Xufeng gets wounded and is under the care of Jinmi. It is during this time that they fall in love (like proper reciprocal love) and the Perishing Pill begins to crack.

However, their mortal love was not meant to be and a poisoned Jinmi dies a slow death. Xufeng, pulling a Romeo and Juliet/Cleopatra and Mark Anthony, joins her in death.

Runyu’s back story, family story and every other story gets explored in this arc. While I found it to be mundane, it is important in setting up the reasons for why Runyu eventually goes ‘dark’.

In this episode, Xufeng proposes marriage to Jinmi once again and this time Jinmi carefully considering the proposal (which is a rare thing – she was not one to consider anything before), accepts and they consummate their love.

Unfortunately, Runyu — who always has his eyes on  Jinmi — sees everything and proceeds to repair the Perishing Pill, robbing Jinmi of her affection towards Xufeng.

Through the machinations of Runyu and Suihe this arc was riddled with blackmail and a lot of death including Jinmi’s father, her stepmother, the Heavenly Emperor (and the Heavenly Empress soon after) and finally Xufeng.

This arc climaxes with the death of Xufeng at the hands of Jinmi. His death however causes Jinmi to rid herself of the Perishing Pill.

Jinmi having gotten rid of the Perishing Pill is inconsolable and channels all her efforts into reviving Xufeng.

She ultimately succeeds, by using a Reviving Pill amongst other things, but almost dies in the process. Luckily for her, Runyu is there to save her.

However, reviving someone has a price, and Jinmi pays it with the loss of her colour vision. Tragic because she is the daughter of the Flower Deity.

Xufeng is understandably upset that the love of his life, Jinmi, killed him. He goes ‘dark’ (literally and figuratively) and becomes the Demon King.

Loved-up Jinmi, despite the constant rejection, regularly goes to see Xufeng and watch over him. However, Jinmi finally turns to Runyu and decides to marry him after Xufeng (in order to hurt Jinmi) proposes marriage to Suihe and threatens to kill Jinmi after she professes her love for him.

Before the weddings take place, Suihe pays a visit to Runyu to confront him about lacing the Revival Pill Jinmi gave Xufeng. Jinmi overhears this discussion, is distraught and decides to leave Runyu.

Ultimately, with the assistance of Puchi and Danzhu, she escapes the clutches of Runyu and marries Xufeng in Suihe’s place (this part she was manipulated into by Puchi, Danzhu and Liuying). During, their marriage ceremony, Xufeng learns the truth about Jinmi and they reconcile.

Runyu is not done though. With an army, he tries to force Jinmi to come back to him. Instead, a Great War commences and Jinmi sacrifices herself to put an end to it (btw thank you Viki for allowing me to make GIFs).

Both Xufeng and Runyu are shattered. Runyu goes back to the Heavenly Realm to fight his own demons and Xufeng tries to revive Jinmi.

His efforts and Jinmi’s sacrifice together result in Jinmi being reborn and finally reunited with Xufeng (oh and Runyu also reconciles with the both of them) — all’s well that ends well.

Some concern has been expressed that Xufeng appears to ignore Jinmi and that this means that she does not actually return/is not reborn.

My interpretation of it (although I think it is unambiguous) is that Jinmi does return and the attention Xufeng gives to his son (creating the perception that he is ignoring Jinmi) is intentional when understood that Ashes of Loves was produced after Ten Miles of Peach Blossoms and their similarities (as previously mentioned).

I found the ending in Ten Miles of Peach Blossoms a little disconcerting as Ye Hua and Bai Qian were portrayed (inadvertently, I hope!) as neglectful parents by constantly ditching their son to obsess over each other (for years…).

In contrast,  Ashes of Love tries to portray the opposite with Xufeng and Jinmi paying an excessive amount of attention to their son. I think they went too far and I would have liked to see a bit more Xufeng and Jinmi moments without being overshadowed by their son.

However, this gripe aside, I absolutely loved this drama. It had me in tears on more than one occasion (the soundtrack contributed significantly). I am really hoping for some more ‘moments’ in season 2.

Have you watched Ashes of Love, if so what did you think of the finale? Are you excited for Season 2?