Both the Korean ‘She was Pretty ‘ (그녀는 예뻤다) and it’s Chinese remake ‘Pretty Li Hui Zhen’ (漂亮的李慧珍) were fun, easy and uncomplicated to watch.  Pretty Li Hui Zhen (although more than double the length) remains true to its forerunner, She was Pretty, and recreates all (yes, all) the pivotal moments of the drama.

The drama follows Li Hui Zhen/Kim Hye-jin who (after her family became bankrupt a number of years before) is been stuck in a rut, is doing odd jobs and has lost her youthful luster. At her side though is her beautiful best friend Xia Qiao/ Min Ha-ri, who is her constant support and present housemate.

However the charade becomes difficult to keep up when Bai Hao Yu/Ji Sung-joon turns out to be Li Hui Zhen/Kim Hye-jin’s new boss at her dream job. To complicate matters even more, Xia Qiao/Min Ha-ri continues to meet with Bai Hao Yu/Ji Sung-joon and starts to fall in love with him. Li Hui Zhen/Kim Hye-jin on the hand has attracted the attention and affection of her colleague, the fun-loving Li Yi Mu/Kim Shin-hyuk.

As mentioned before, this was a fun watch (I know sound like a broken record). There won’t be too many (or any) surprises and this drama ends the way you would expect it too.

It isn’t the different character portrayals that has caused me to rank the Korean version slightly higher than the Chinese version though. Pretty Li Hui Zhen had a particular weakness and She was Pretty had a particular strength (set out below) which resulted in the difference. 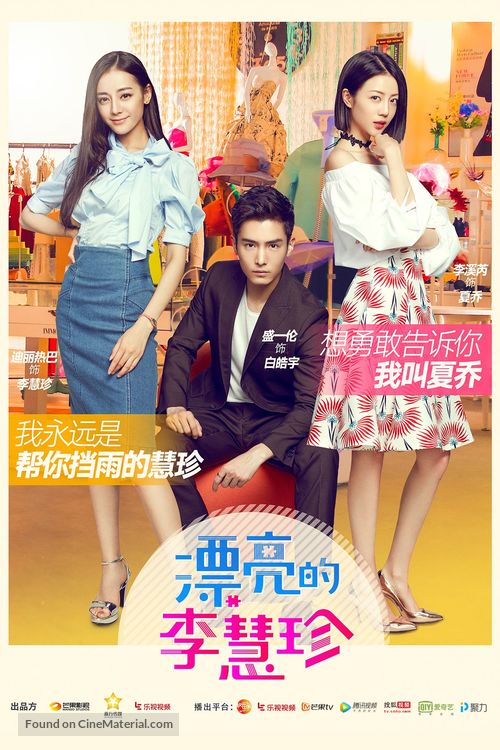 A major weakness of Pretty Li Hui Zhen is its length (I’ve encountered this issue with a number of Chinese dramas). There clearly wasn’t enough of a narrative in the 16 episode She was Pretty to then go on to create a 40 episode Pretty Li Hui Zhen. Having done so anyway, it was only natural that there would going to pacing issues and heaps of unnecessary filler in Pretty Li Hui Zhen. 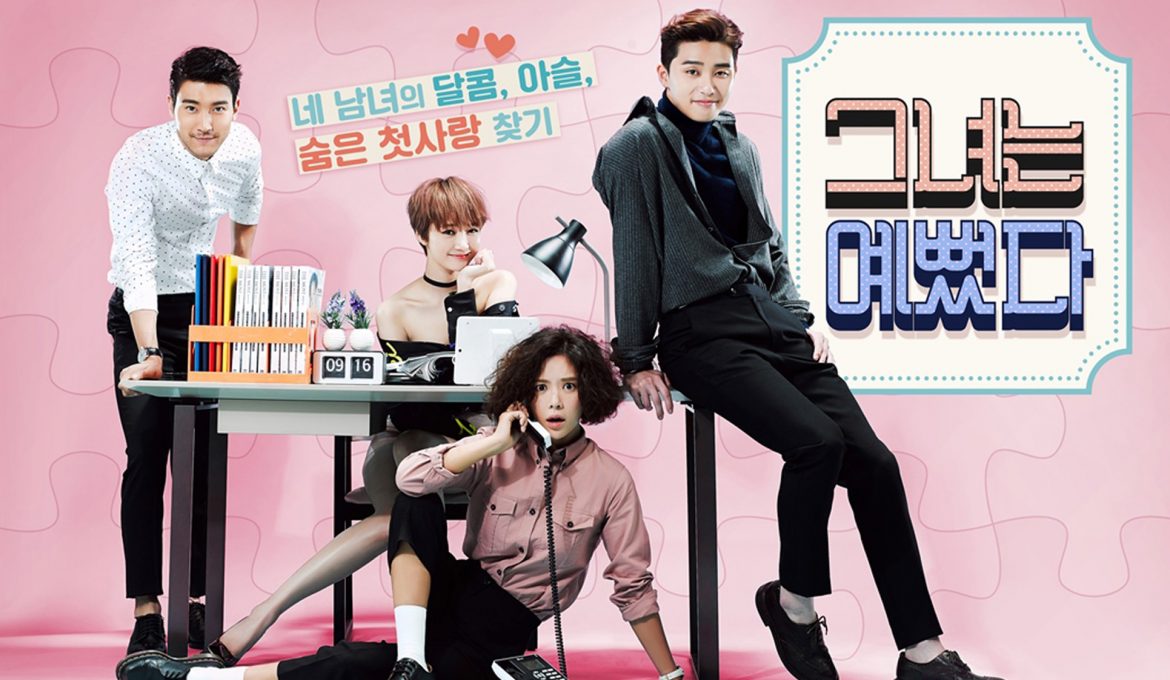 Nevertheless, I would still recommend watching both (like I did). Its a good story and worth the watch.

For an office drama, there were a surprisingly large number of characters and sub-plots (including the mission to save Immortal/The Most and Han Xue/Han Seol’s gold-digging adventures). For my analysis of the characters though I will be focusing on what I think are the key relationships, which are:

Given how differently the relationships are portrayed, I wanted to do a compare which I have set out below.

I am just going to say it bluntly – I did not think Li Hui Zhen (portrayed by Dilraba Dilmurat 迪丽热巴) and Bai Hao Yu (portrayed by Peter Sheng 盛一伦) had any connection. Like none.

Peter Sheng was throughout the drama was very stiff. His portrayal of the charming editor was unconvincing and nothing like the suave Ji Sung-joon (portrayed by Park Seo-joon 박서준). How Hui Zhen continued to like Bai Hao Yu is a mystery. That guy did not give us anything. 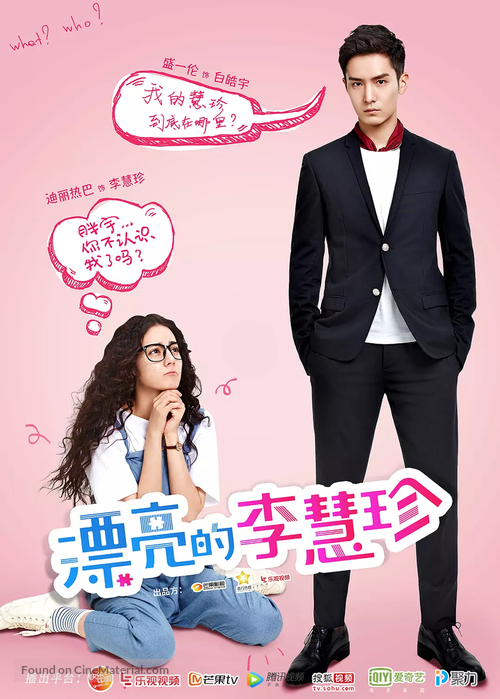 Meanwhile, Park Seo-joon shined in this role. His portrayal of Ji Sung-joon in She was Pretty (and Oh Ri-on in Heal me, Kill me also aired in 2015) propelled him into Hallyu stardom.

Park Seo-joon paired with Hwang Jung-eum (as Kim Hye-jin) was gold. Hwang Jung-eum convincingly portrayed the down-on-her-luck good natured Kim Hye-jin (whereas as much as Diliraba might try, she cannot not be pretty).

In this category, Hwang Jung-eum and Park Seo-joon’s portrayal of Kim Hye-jin & Ji Sung-joon far exceed Dilraba and Peter Sheng’s. Its hard to see how they didn’t end up together in real life after this drama.

Kim Shin-hyuk (portrayed by Choi Si-won 최시원) was too much and way over the top. If I were Kim Hye-jin, I would’ve found him incredibly annoying (which I think she did). Given Choi Si-won’s exaggerated portrayal of Kim Shin-hyuk, I just couldn’t quite get behind his character and especially not in this relationship.

Zhang Bin Bin 张彬彬, who portrayed Lin Yi Mu, while keeping with the jokester persona was a lot more understated in his performance and there were moments which I could actually take Lin Yi Mu’s affection for Li Hui Zhen seriously.

The connection that he shared with Diliraba was evident (which would explain why they’ve worked on so many subsequent dramas The King’s Woman (2017), The Flame’s Daughter (2018)…). The chemistry between the two of them left me devasted when Li Hui Zhen elected Bai Hao Yu over Lin Yi Mu. 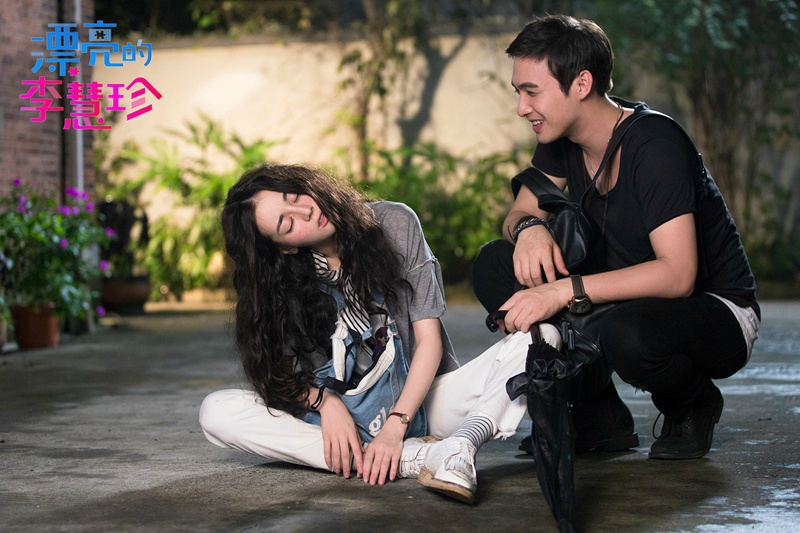 In this relationship category, I much preferred Dilraba and Zhang Bin Bin’s portrayal of Li Hui Zhen & Lin Yi Mu. 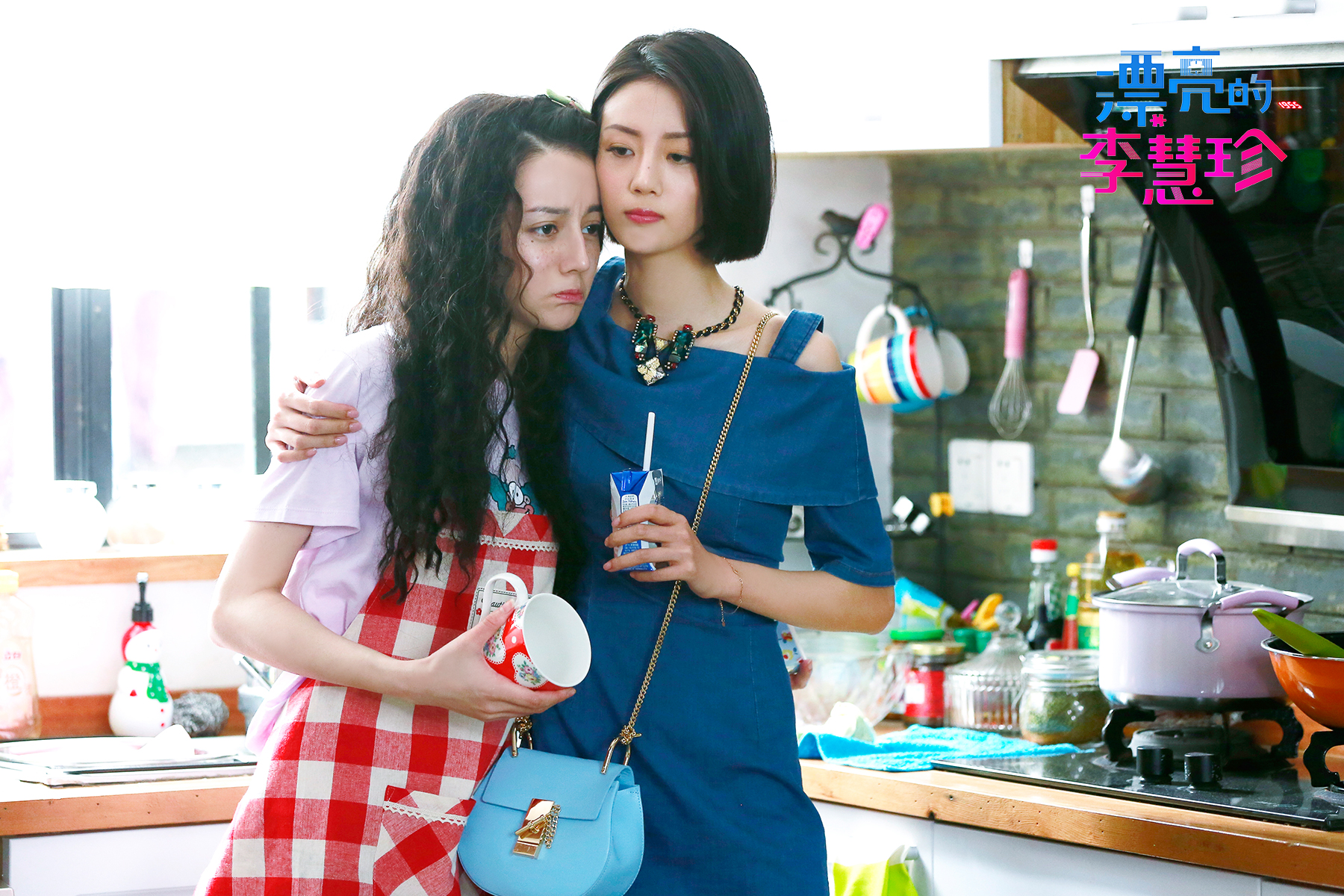 It was the simple things that made Hui Zhen’s strong connection with Xia Qiao more believable. For example, when Hui Zhen/Hye-jin gets a makeover, in the Chinese version, Xia Qiao does Hui Zhen’s makeup and is part of her transformation. This is in contrast to the Korean version where Hye-jin gets her makeup done at a department store… Best friends would be there with you … for sure.

The lack of Hye-jin-Ha-ri connection could be attributable to the fact that the Korean version is half the length of the Chinese version and there just wasn’t enough airtime for that relationship. Nevertheless, Li Hui Zhen & Xia Qiao were definitely my preferred pairing.

I am going to hate on Peter Sheng again (forgive me) but we got nothing from when paired with Zhang Bin Bin (like with Dilraba). Nada The relationship did the cold/fractured well, although I am not sure that was the intention.

Bai Hao Yu & Lin Yi Mu paled in comparison with Ji Sung-joon & Kim Shin-hyuk. Park Seo-joon and Choi Si-won actually look like they could be friends and they looked like they were having  heaps of fun (I need to start looking for a new word). Ji Sung-joon’s stern but overall coolness (he knew how to take a joke) was perfect when combined with Kim Shi-hyuk prankster vibes (it may have been a bit too much with Hye-jin but Sung-joon knew how to handle him).

Some of my best She was Pretty moments were of these guys. The bromance was real. Zhang Bin Bin (I am sure) could have done his part (although I am not sure he can be as extra as Choi Si-won) if only he was paired with another male lead… Peter Sheng you really let us down in Pretty Li Hui Zhen. If it isn’t already obvious, my preference (by a mile) was Park Seo-joon and Choi Si-won’s portrayal of Ji Sung-joon & Kim Shin-hyuk.

What did you think of Pretty Li Hui Zhen and She was Pretty?