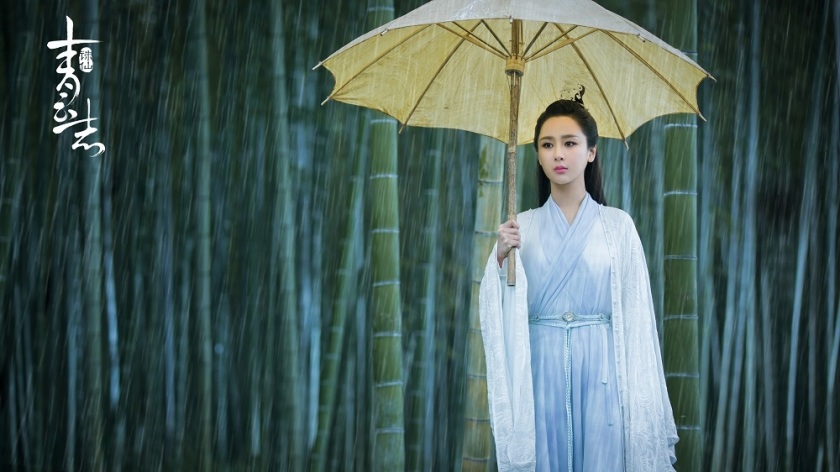 Recently, Chinese dramas have slowly (but surely) started to replace Korean dramas as not only the source of what I choose to watch but also what I choose to listen to. Given this relatively recent transition, I have dedicated this post to listing my top 10 favourite Chinese drama soundtracks as at March 2019 (most of which are from dramas in 2018!). I hope you enjoy it!

This soundtrack is named after the drama (in Chinese) and serves as its opening theme. It is calm and delicate — very much like Ru Ge, the titled female lead.

9. Unparalleled in the World by Yang Zi and Deng Lun 杨紫, 邓伦 《 天地无霜》 | Ashes of Love

The Ashes of Love soundtracks were one of the many things I loved about this drama. And who can say no to a Yang Zi-Deng Lun duo?

Although I didn’t get to finish this drama while I was in China (it isn’t available here in Australia), I have continued to enjoy listening to this soundtrack.

I have (on more than one occasion) fallen in love with a soundtrack before watching the actual drama (for example, Good Bye my Princess and Ten Miles of Peach Blossoms to name a few). While this soundtrack isn’t one of them, after watching the Story of Ming Lan I can’t help but continuously re-listen to this track.

Now this soundtrack falls in the category mention above. I haven’t watched the Legend of Yun Xi (although have read many good things about it) but have been listening to this track on repeat and is another reason why I should give this drama a go.

My favourite part of The Flame’s Daughter is Zhang Bin Bin and Diliraba. Associated with their relationship is this soundtrack so naturally it would make in my top 10.

I still haven’t finished Goodbye My Princess. In Australia, Viki and YouTube have been  slowly releasing only one episode a day. It has been excruciating. While I wait patiently for the remaining episodes, I have been enjoying listening to its soundtracks.

3. Juvenile in White by Sing 许诗茵《白衣少年》 | I Will Never Let You Go

As you may know from my post on I will Never Let You Go, this drama had some real issues. Despite these issues and my vow to never rewatch this drama, I am still glad it gave us some really good soundtracks.

Another soundtrack from Goodbye Princess. Part of this drama’s charm are its leads so naturally the leads singing a soundtrack would be a favourite.

At the top of my list is Yang Zi’s version of the now infamous OST from Ashes of Love — Unsullied. While Mao Bu Yi and Sa Ding Ding both do an incredible job — Yang Zi is my #1.

What do you think of my Top 10? Am I missing out on any Chinese drama soundtracks which you love?