If you’ve been waiting for a Deng Lun (邓伦) – AngelaBaby (杨颖) pairing, the CDrama heavens have granted your wish and delivered romantic comedy — ‘My True Friend 我的真朋友’.

My True Friend is a classic Asian romantic comedy. The female lead, Cheng Zhen Zhen (portrayed by Angelababy) is a naive (but beautiful), entry-level real estate agent aspiring to make it big in the real estate world. The male lead, Shao Peng Cheng (portrayed by Deng Lun) is a playboy heir with a traumatic past trying to prove a point to his father.

Honestly speaking, modern Chinese dramas have never really been my thing so I was surprised when I genuinely found My True Friend funny and engaging. I attribute this to Deng Lun’s stellar portrayal of Peng Cheng — he was funny, endearing and is probably how Deng Lun is in real life. Zhu Yi Long — second male lead again, see Story of Minglan — also did a fantastic job portraying the cold and distant Jing Ran. Although very sweet, Angelababy did not contribute much and came across as a bit vacant.

Part of what made My True Friend engaging was the content of the episodes. While the main plot is the love triangle, the drama is made-up of a sequence of cautionary tales/life lessons — gambling is bad, take care of your elderly parents, don’t neglect your family for money, honesty is the best policy etc. These mini-stories don’t stretch over many episodes and always end on a feel good note.

Overall, My True Friend made for some enjoyable wholesome viewing. How they managed to pull it out for 48 episodes is still a mystery — there isn’t that much in terms of the plot line (definitely not 2100 minutes worth).

For anyone else who can’t quite get over Ashes of Love or the General and I, I’ve set out my Episode Guide below (starring 🌟 my favourites) but beware there are ‼️ spoilers ‼️ —

Bringing back memories from kdrama classic, Autumn in Heart, Zhen Zhen is a good-natured hotel phone operator who has a phone relationship with real estate heir Peng Chen. In pursuit of her virtual-Weibo boyfriend/college-crush Jing Ran (who is permanently based in Italy) she bumps into Peng Chen. Zhen Zhen is annoyed by Peng Cheng and isn’t interested in seeing him at all.

Peng Chen on the other hand is clearly interested in Zhen Zhen and tries to catch her attention. Zhen Zhen has her sights on Jing Ran and Jing Ran has no clue who Zhen Zhen — that is out love triange. Adding to the confusing relationship dynamic, Peng Chen’s father wants Jing Ran (who is an internationally acclaimed architect) to design luxury apartments he is planning to build. Jing Ran who gets off on the wrong foot with Peng Chen flatly refuses and returns to Italy (much to Zhen Zhen’s disappointment). 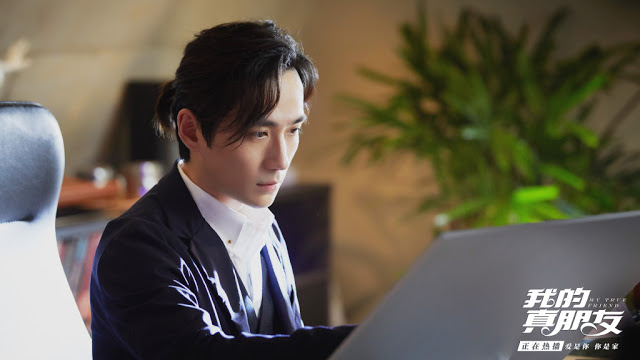 Peng Cheng’s dad having lost the opportunity to get Jing Ran on board with his project is furious with Peng Cheng. They have a massive fight which results in Peng Cheng’s father ordering him to work as an entry-level real estate agent in one of their suburban branch. During their massive fight we learn that after the death of Peng Cheng’s mother (who died on her birthday day while diving alone) their father-son relationship became incredibly tense with Peng Cheng blaming his father for continuously abandoning his mother for work/business.

Peng Cheng complies with his father’s order on the condition that the estate agency also hire Zhen Zhen (who is looking for a fresh start) as his partner. Hence the Peng Chen-Zhen Zhen dream team is formed. Together they navigate/learn about the world of residential real estate while also developing a really sweet friendship. 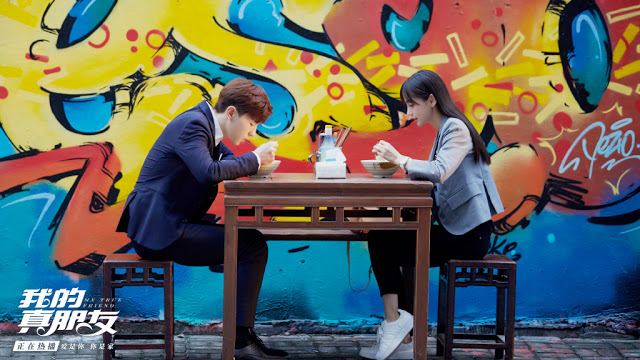 Their first ‘project’ is to assist Aunty Bai to sell her home. Aunty Bai coincidentally happens to be Jing Ran’s mother and immediately takes to Zhen Zhen. After a number of failed attempts, Aunty Bai’s home is finally sold and she moves to Italy with Jing Ran.

Although it is implied from the beginning that Aunty Bai is lonely, when she is in Italy it is revealed that she is suffering from depression. Jing Ran knowing how much Aunty Bai loves Zhen Zhen requests Peng Cheng’s dad send Zhen Zhen to Italy (on behalf of the company) on the premise of convincing him to design luxury apartments.

Before Zhen Zhen leaves for Italy, Peng Chen comes to the realization that he actually loves Zhen Zhen. He doesn’t confess his feelings in the hope that she will realise she loves him too in Italy. However, things don’t go according to plan for Peng Chen and Jing Ran realises who Zhen Zhen is (his weibo mystery lady and also the ballet dancer at his college) and in episode 15 they officially become a couple. Peng Chen having flown economy to Italy to see Zhen Zhen is devastated and wishes he had employed rich girl Luo Zu Er more direct confession style.

Peng Cheng heartbroken but returns to work. The main side-story is about the manager Zang Hui Min. She is single, accomplished and has a lot of family baggage. Her parents (from rural China) preference their son over her. They come to Shang Hai to ask Hui Min to sacrifice her salary, apartment and happiness for her brother (who now needs a house to get married). They are also trying to get her married to an abusive loser.

All comes to a head when she tries to buy a house from a man (who also is her romantic interest) with a gambling issue while her parents want her to buy a house for her brother. She ends up meeting with the mans girlfriend/creditor/boss and leaves him. She also makes it clear with her parents that she can’t continuously support her brother. Mu Yun Ping (Peng Cheng’s father right hand ma) is there for her throughout and they slowly fall in love.

As for Zhen Zhen – Jing Ran proposes to her in episode 25. Not completely sure about Jing Ran, Zhen Zhen asks him to wait for her. When their parents meet it becomes obvious that their expectations for Zhen Zhen are different. Aunty Bai would like Zhen Zhen to completely dedicate herself to the family (and give up her career). Zhen Zhen however can’t and decides to end her relationship Jing Ran in episode 35 (when Peng Cheng identity as heir is also revealed).

Working together — trying to realise Peng Cheng’s vision of affordable housing for all (the City Love Project) — Zhen Zhen and Peng Cheng finally get together in episode 44.  Jing Ran also comes onboard with Peng Cheng’s idea as a thank you for rescuing his mother.

Xiao Ning also finally proposes to Xi Shan (and makes things clear with Luo Zu Er) in episode 44 after she runs away and he realizes that he can’t live without her and gives her the assurance she needs.

Peng Cheng is able to sell his apartment and use the proceeds to fund his affordable housing project. In doing so, he lets his childhood trauma go (his mother bought him the apartment for him).  Peng Cheng is full steam ahead on the affordable housing project with his team  behind him– Zhen Zhen, Mei Li, Xiao Shan and Xi Shan. Mei Li is now one of the good guys after Zhen Zhen helps her deal with difficult family members even though she slandered Zhen Zhen on Weibo (implying she was playing three guys — Peng Cheng, Jing Ran and Mu Yun Ping).

The tension between the affordable housing project against the long-term luxury rental project (Hong Shi) escalates in episode 45. Zeng Hui Min regrets leaving the estate agency at it’s most difficult time — that is when Peng Cheng’s dad became sick — and introduces Peng Cheng to an investor. Despite the underhanded tactics of the competition, Peng Cheng is successful and the City Love Project is a hit!

What did you think of My True Friend?