How would I describe Go Princess Go 太子妃升职记 in one word? Strange. In two words? Very strange. Despite its odd format and erratic pop culture references against a historical imperial China backdrop, I enjoyed it and will definitely be re-watching it.

Go Princess Go is a low budget web drama that featured a cast of unknown actors (almost all who have since gone on to feature in some high-profile dramas). It was and still is incredibly popular among the ‘youth’. Its short-form make-up (25 mins episodes, only 35 episodes) goes some way to explaining its popularity. Its main attraction though is that it is genuinely really funny.

Admittedly there are, among other things, a few too many flatulence jokes which has lead to criticism that it is lowbrow comedy but I don’t think its intention was to create a Yanxi Palace styled drama. Go Princess Go serves a completely different purpose and does it well – hence its subsequent cult following.

Nevertheless, like the Story of Yanxi Palace, Go Princess Go has not been received well by the censorship committee and almost of a third of the drama has been censored in its country of origin. Given its suggestive/taboo themes, I am surprised the whole thing wasn’t banned!

There really isn’t much substance to the story line. The drama is more an exploration of gender roles, both traditional and modern conceptions of it. In view of this, I didn’t think a formal ‘episode guide’ was required and have instead provided a summary of the plot, ending and my thoughts below.

Go Princess Go begins with modern playboy, Zhang Peng (portrayed by Zhang Zhi Yuan 张志远) running away from one of his many ex-girlfriends, getting hit on the head with some incredible platform shoes and almost drowning. When he wakes up, he finds that not only has he traveled 1000 years back in time but into the body of Zhang Peng Peng, the beautiful but cold Crown Princess.

Qi Sheng has been having an open affair with his childhood friend (and second brother’s wife), Jiang Ying Yue much to the disdain of the old Peng Peng. However, Peng Peng’s new vibrancy, kindness and understanding (given that she is in fact a he) reignites his interest in her. Peng Peng’s odd ways melt the once cold Qi Sheng and he falls in love with her.

Peng Peng is at first disgusted by Qi Sheng’s attention and more so by the Ninth Prince, Qi Han (portrayed by Yu Meng Long 于朦胧). Ultimately, Peng Peng gets caught in between the brother’s fight for the throne and her affection.

At first, Peng Peng sides with Qi Han, after discovering that Qi Sheng wanted to assassinate her and frame Qi Han in the process (episodes 6-8). However after she discovers she is pregnant with Qi Sheng’s child in episode 16 (after a night of drunken stupor in episode 5) Peng Peng begins to appreciate and support Qi Sheng.

Qi Sheng starts to develop real feelings for Peng Peng and Peng Peng slowly reciprocates. By episode 27, Peng Peng fully accepts her ‘female self’, confesses her love for Qi Sheng and is able to fully become his wife. After a few more attempted coups, Qi Sheng gives up the throne so that together with Peng Peng they can live an ‘equal’ life of bliss.

I have mixed feelings about the ending – two of which are on YouTube (apparently there is also a third). In line with the rest of the drama it was strange. After giving up the throne for Peng Peng, Qi Sheng and Peng Peng live an idyllic life in the countryside. 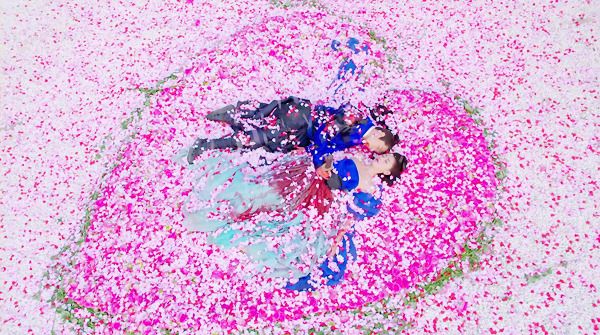 Next moment, Zhang Peng awakes from his coma (back in the 21st century) and recalls his life as Peng Peng with Qi Sheng. He returns to all the places that he lived as Peng Peng with that sick feeling of nostalgia… what happens next is a mystery (its as a cliff-hanger).

The alternative ending is where Zhang Peng awakes from his coma, traumatized by the idea of losing Qi Sheng bolts out of his bed screaming his name. Running down the hallway he encounters a doctor (‘Yi Sheng’ in Chinese, which is obviously a play on words) who looks just like Qi Sheng… and then it ends.

Strange. Very strange. So was it all Zhang Peng’s imagination? A dream while he was in a coma? The alternative ending makes it even more ambiguous! What will doctor Qi Sheng and 21st century Zhang Peng do now they are both men? Does the ending even matter?

So many questions. No closure. Personally, I preferred the first ending — it was all a beautiful but strange dream that Zhang Peng had while in a coma. The alternative ending made it feel like there is forthcoming season two — which there definitely is not (given the government censorship).

Moving forward, I will be ignoring the ending — it is only a small part of the story and almost completely detached from it. Instead, I will remember Go Princess Go for its light-heartedness, kdrama references and sporadic use of English. I particularly enjoyed Zhang Tian Ai’s portrayal of Peng Peng. She was funny yet somehow classy and always beautiful. This fan can’t wait to see her in upcoming Cdramas <3.

I would love to hear your thoughts on Go Princess Go?