The Eternal Love (双世宠妃) is a Chinese web-drama, low in production costs but high in entertainment value. Armed with web-drama status, The Eternal Love has been somewhat exempt from the usual censorship rules surrounding time-travel, suggestive humor etc. Its not quite on the same level as Go Princess Go but it has similarly enjoyed widespread popularity (resulting in The Eternal Love 2 and 3!).

The Eternal Love, very different from Eternal Love (also known as, Ten Miles of Peach Blossoms, my all-time favourite CDrama) stars Liang Jie 梁洁 as Qu Tan’er and Qu Xiao Tan. Qu Xiao Tan is a 21st real estate agent just trying to get by, when she is pursued by a mysterious figure which leads her to an abandoned house and an odd looking bed.

This bed catapults her back in time into the body of Qu Tan’er. Meek and submissive Qu Tan’er, a vastly different character from Qu Xiao Tan, is a constant target for her father’s ‘first’ household. After her half-sister, Qu Pan’er, is betrothed to the love of her life, Mo Yi Huai, she attempts to kill herself. Following her attempted suicide, Qu Tan’er and Qu Xiao Tan share Qu Tan’er’s body — they appear to switch places after hitting their head.

What follows is Qu Xiao Tan’s journey navigating through the political and magical intrigue of 15th century China (I’m only guessing the date) with her uncouth and outspoken ways. Importantly, she is forced to marry Mo Li Chen (portrayed by Xing Zhao Lin 邢昭林), the 8th Prince and half-brother of Mo Yi Huai.

I suspect the reason why The Eternal Love has been so popular is because of the Qu Xiao Tan – Mo Li Chen combination. The development of their relationship from one-sided, obviously with Mo Li Chen besotted with Qu Xiao Tan, to two-sided made for some fun viewing. Their relationship and chemistry in and amongst the convoluted, somewhat bizarre plot in the end is what held the drama together.

Early on in the drama, it is revealed that there is a power struggle between the First Prince, Mo Yi Huai, and Eighth Prince, Mo Li Chen for the position of Crown Prince. To realise his quest for power, Mo Yi Huai had to appease the Prime Minister (Qu Tan’er’s father) and marry his legitimate daughter, Qu Pan’er, rather than his concubine-born daughter, Qu Tan’er. Despite this, Mo Yi Huai is still deeply in love with Qu Tan’er and intends to take her back after he becomes the Crown Prince.

The Prime Minister and his first wife’s plan is for Qu Tan’er to marry the Eighth Prince and act as their spy. Mo Li Chen aware that this might their plan, marries Qu Tan’er in episode 2 on the Emperor’s instruction.

Qu Xiao Tan, unaware of this complex background and political struggle, is on her own quest to look for the bed which she believes sent her back in time. With the assistance of her maidservant, who looks out for both Qu Xiao Tan and Qu Tan’er, makes this her primary goal.

Mo Li Chen, although suspicious of Qu Xiao Tan, gradually warms to her because of her sassiness and indifference to him.  His pushiness and affection for Qu Xiao Tan becomes evident in episode 3 when he rescues her from her family and takes her to meet the Dowager Empress — much to Qu Xiao Tan’s repugnance.

It is Qu Xiao Tan and Mo Li Chen’s budding relationship that causes Qu Xiao Tan and Qu Tan’er friction. Qu Tan’er is still in love with Mo Yi Huai, but after he tricks her into visiting her home in episode 10, so that he can become Crown Prince, she realises that Mo Li Huai really just wants power. Qu Tan’er’s realisation causes her to retreat into herself and allows Qu Xiao Tan to further develop her relation with Mo Li Chen (with her blessing).

From episodes 12 to 18, both Qu Tan Xiao Tan and Mo Li Chen are ‘killed’ but are resuscitated by a strange little man. It is also during these episodes where it is revealed that Qu Tan’er and Qu Xiao Tan can switch places by lying, that Qu Xiao Tan is the ‘key’ to the Soul Suppressing Soul which will resurrect the Demon King and that there is a prophecy by the First Emperor, Mo Li Chen’s grandfather, that he won’t live beyond 25.

Qu Xiao Tan is able to get revenge on her legitimate mother by exposing her part in Mo Li Chen’s attempted assassination and her affair with a male servant. As a result, Qu Xiao Tan’s legitimate mother commits suicide, which drives Qu Pan’er mad and attempt to kill Qu Xiao Tan. It never ends. In a botched attempt, Qu Pan’er kills Mo Li Chen’s cousin instead, who became his concubine after a forced political marriage to appease the dowager empress, and is abandoned by her family and husband.

It is revealed that Mo Yi Huai asked the Emperor, his father, for permission to marry Qu Tan’er but was refused because of the First Emperor’s instructions that Qu Tan’er was to marry Mo Li Chen instead. This was the reason Mo Yi Huai was struggling for power — it really was to be with Qu Tan’er… so sad!

The ending – pretty bizarre but here it is:

Turns out that Mo Yi Huai is the First Emperor’s doppelgänger and Mo Li Chen’s soul is the First Emperor’s best friend. Mo Li Chen was killed by Qu Xiao Tan in a previous life because even though they were deeply in love, the Qu Family and Mo Family had an ongoing feud and he got in the way of this feud. Qu Xiao Tan died shortly after she killed Mo Li Chen and was transported into the future as punishment.

In and amongst all of this backstory, Mo Li Chen is still dying and they still have the Demon King to defeat. Coincidentally, Mo Li Chen can heal himself by using the ‘living waters’ in the Demon King’s prison and  Qu Xiao Tan is revealed to be the ‘leader’ of the Qu Family/Clan, destined to defeat the Demon King.

What do they do? The only obvious thing to do — they enter into the cave-like prison, where Mo Li Chen heals himself and Qu Xiao Tan defeats the Demon King. However, defeating the Demon King creates a massive wormhole portal which sucks Qu Xiao Tan back to the future.

The final scene is of Qu Xiao Tan waking up on the mysterious bed wondering whether it was all a dream. She does however still remember Mo Li Chen and rushes out the decrepit house looking for him — and she finds him. Together 21st century Mo Li Chen and Qu Xiao Tan, hand-in-hand, live happily ever after amongst a bed of flowers.

The ending was almost an exact replica of Go Princess Go — without all the gender bender type stuff — which was a little disappointing. Overall? I liked this drama. It was designed to funny, upbeat and over the top and it was exactly that. The fact that the ending was a bit of let down is made up by the fact that there is an ‘The Eternal Love 2’ (and a forthcoming ‘The Eternal Love 3’). While, I won’t be re-watching this drama anytime soon, I recommend it, if you are looking for a light-hearted, romantic comedy. 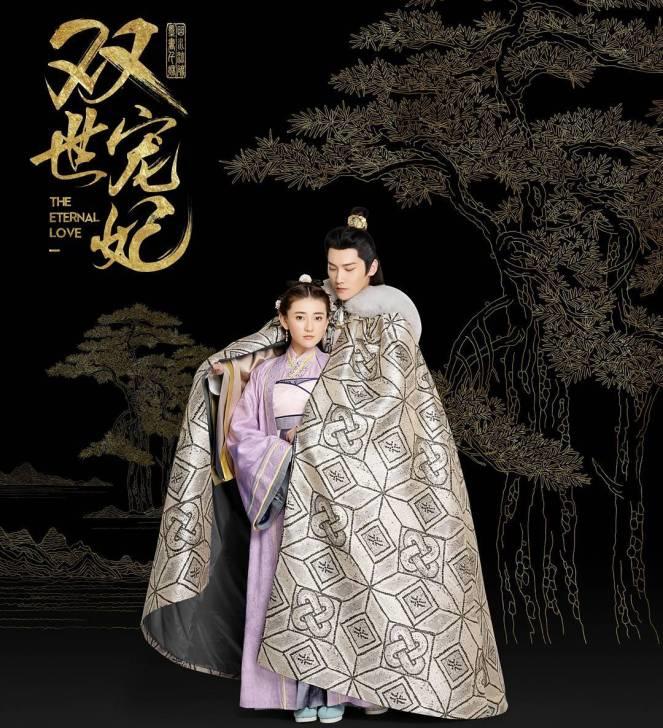 What did you think of Eternal Love?