I haven’t watched a Kdrama slammed quite as much as Melting Me Softly 날 녹여주오 has been in recent months. It has received overwhelmingly negative reviews and I must say I am surprised. In my life I have seen some bad kdramas (see, Noble, My Love (2015) and You Are My Destiny (2014)) and Melting Me Softly is most definitely a couple of tiers above those.

Admittedly, Melting Me Softly suffers from an implausible plot, looks over substance characters and choppy editing – but is it really THAT unusual? I don’t think so, at least not enough to elicit the response it has been receiving.

Melting Me Softly is a romantic/sci-fi comedy about a daring variety show director Do-chan (portrayed by Ji Chang-wook 지창욱) and cash-strapped student Mi-ran (portrayed by Won Jin-ah 원진아). In an effort to solidify his glory, Do-chan embarks on a risky experiment to freeze himself and a female companion for 24 hours. Mi-ran is recruited after learning that this experiment could support medical research for those with disabilities. However, things go wrong and instead of spending 24 hours frozen, they spend 20 years… for spoilers see the synopsis below. 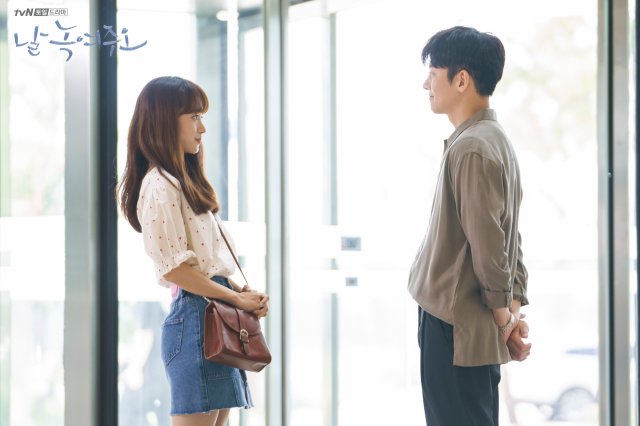 It’s easy to tell just from the above paragraph the issues viewers have with this drama — and it is male lead, Dong-chan. Far from being the benevolent A-type, he is selfish, self-serving and if he wasn’t so good-looking not very likable.

Alas, there are redeeming features to this drama — the supporting actors were great, there were some genuinely funny scenes and there was undeniable chemistry between the two leads.

While this kdrama isn’t particularly memorable, if you’ve run out of things to watch (or rewatch), this isn’t the worst options. If you are still interested, there is a full synopsis and further thoughts below —

Dong Chan is a the peak of his career/life — he has a wonderfully wealthy and supportive family, a loving fiancée and is PD to an award winning show Infinite Experiment Paradise. In order to maintain the high, Dong Chan (despite the protestations form his family and fiancée) embarks on his most dangerous experiment to date — crypogenics.

Based on an animal study by the famed Professor Hwang, crypogenics apparently hold the key to prolonged human life and has the potential cure to a variety of human ailments. Dong Chan believes the science and looks for an experiment companion. His search ends with Mi-ran — a frequent participant in his show Infinite Experiment Paradise. 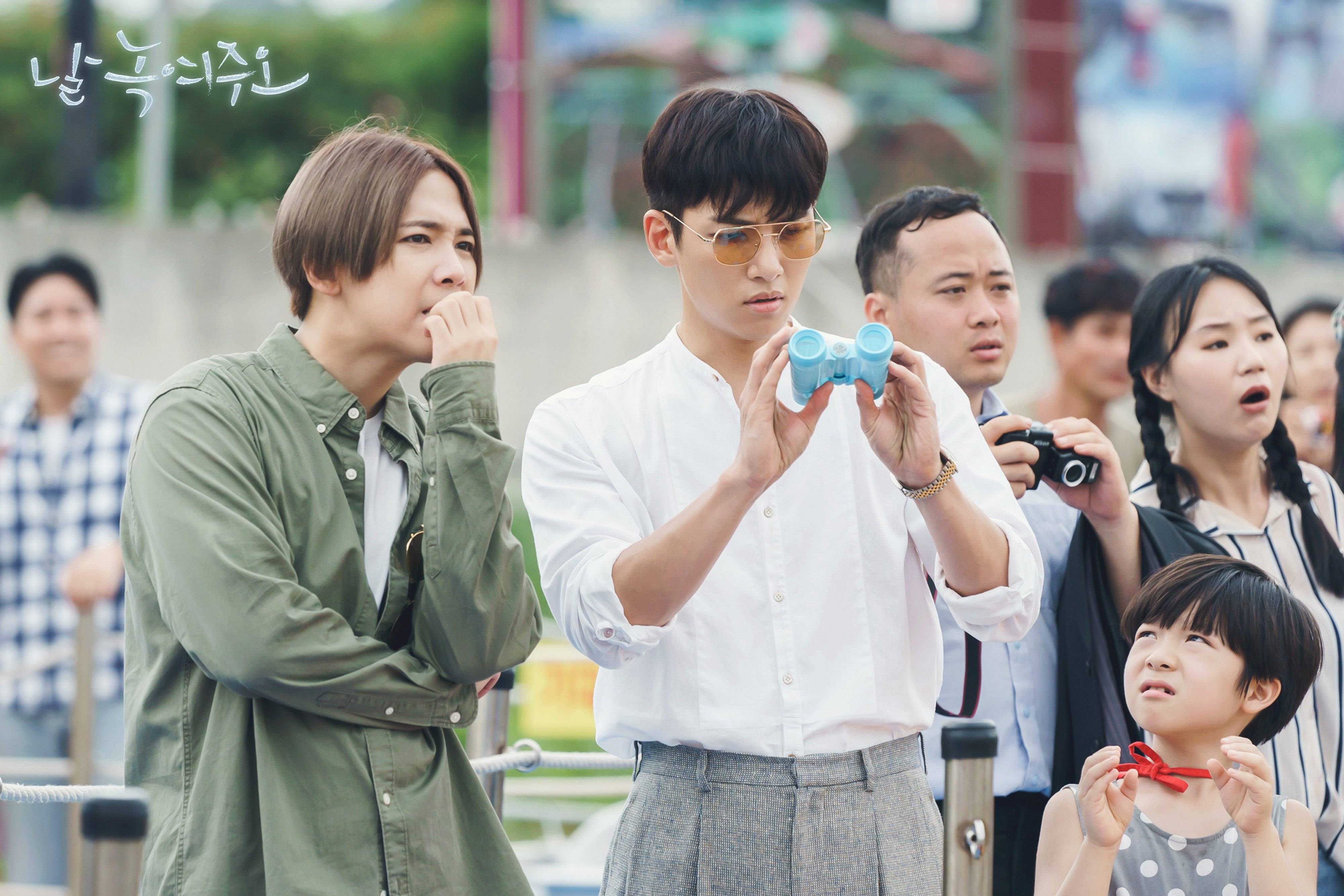 Mi-ran life — quite the opposite of Dong Chan — is at an all-time low. Her family is struggling to make ends meet, her brother (who has a learning disability) is relentlessly bullied and she finds out her boyfriend has been cheating on her. In the hope that crypogenics holds the key to cure her brother, Mi-ran agrees to participate in the experiment.

For all the faith and hope Dong-chan and Mi-ran had in the experiment, it goes horribly wrong and they are woken 20 years later by a barely lucid Professor Hwang. For all the change, Dong Chan returns to his old job but discovers that his family is now desperately poor (a consequence of his siblings lavish spending) and that his young wide-eyed fiancée is now older (plastic) and hardened by life.

In a turn of events, Mi-ran’s family are now wealthy (having wisely invested the money left for them by Mi-ran after her disappearance) and are supporting her to return to university. Mi-ran attempting to pick up where she left off and encounters her old Casanova boyfriend — now a psychology professor in a loveless married to her bestie! Adding to the already bizarre set of events — they have a son, who gradually falls in love with Mi-ran… (as expected, neither goes anywhere). 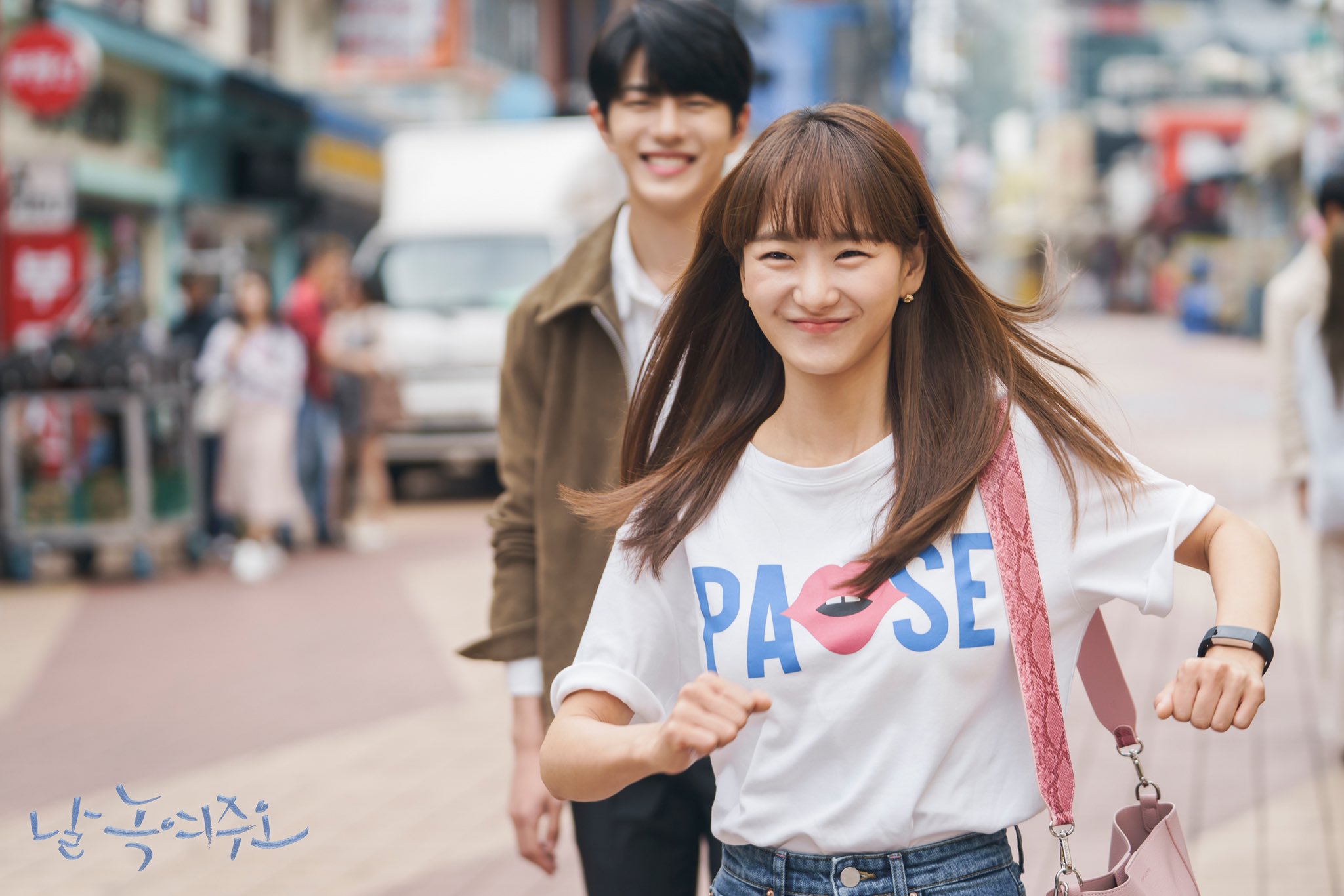 Spending 20 years iced hasn’t left Dong-Chan and Mi-ran unscathed and they discover that they must maintain their body temperature at a cool 31.5 degrees Celsius. This involves them avoiding moments which increase their hear rate (including physical/romantic contact with each other). The effects of the freezing progressively worsen and to avoid dying, Professor Hwang must recover from his coma, remember them, and solve the problem.

Although Mi-ran could die at any time and her family’s  recent wealth — she is still obsessed with making money and launching her career. In pursuit of both these goals, she seeks compensation from the media company responsible for the experiment and its cover-up. Ultimately, they agree to a compromise and offer Mi Ran an internship role on Dong-chan’s new show, Go Go 99 (for which she has to sit directly opposite him). 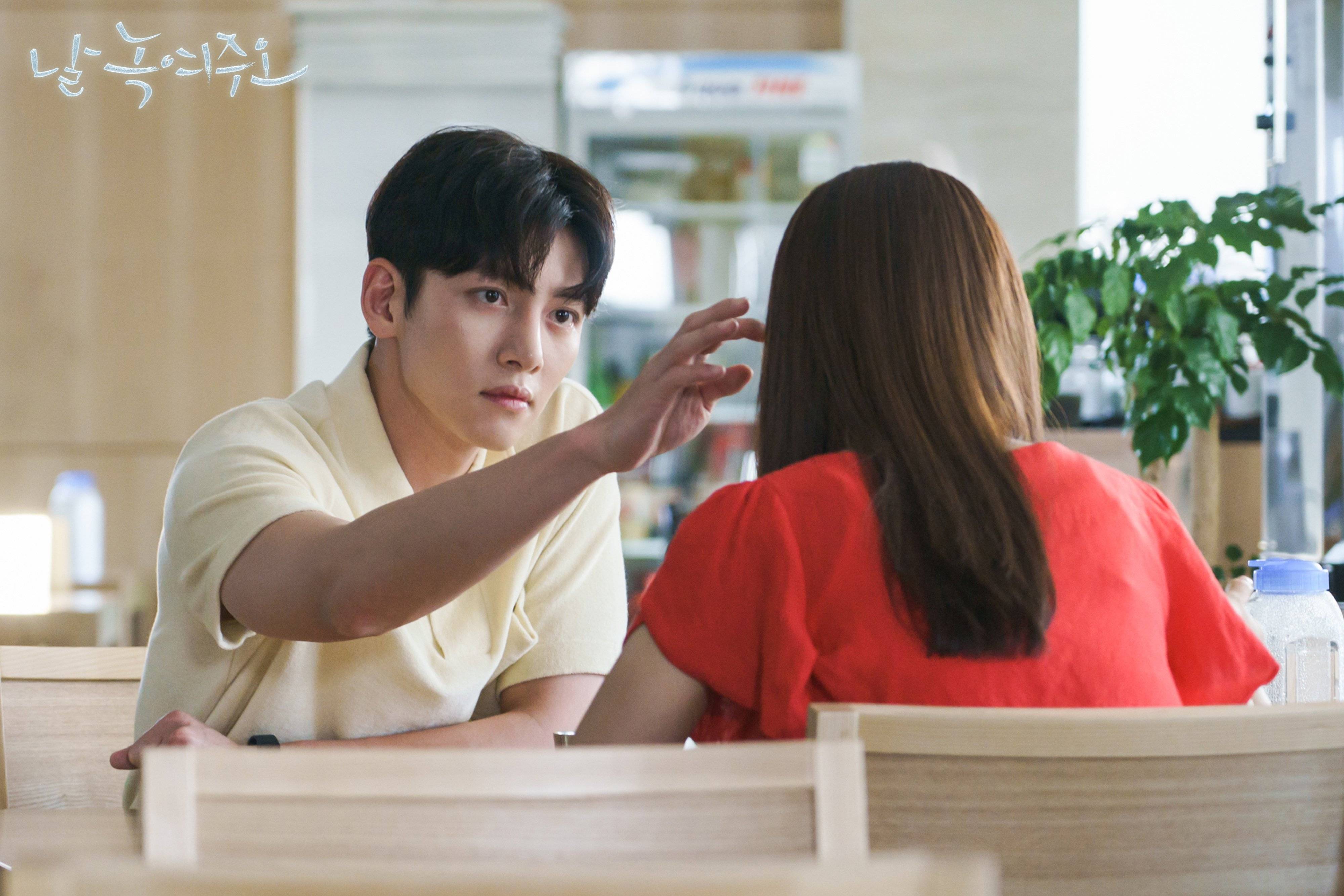 Working together brings Dong-chan and Mi-ran closer together and from a cryogenic couple they become a romantic couple in episode 7 (yep – its about time…). We also finally discover the a scary chaebol was behind the failed experiment and wants Professor Hwang (amongst others) dead. His reason? He is the twin/doppelgänger of an actual chaebol heir, with the actual heir part in cryposleep — unwilling to cede power to the actual heir, this baddie wants Professor Hwang and his twin dead. 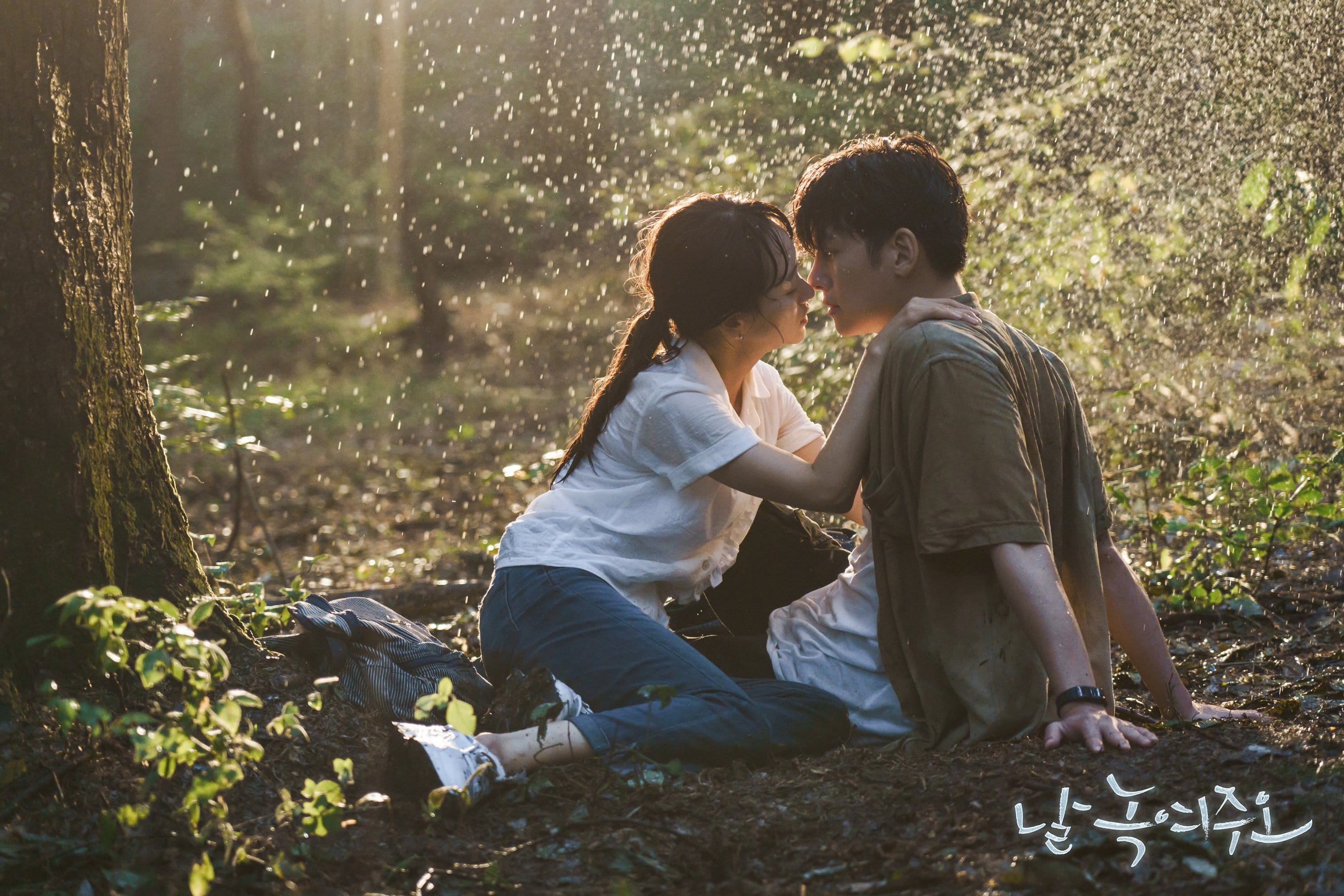 In and amongst all the drama related to Professor Hwang, Dong-chan and Mi-ran discover that they are at a turning point in their thawing where an antibody turns into a deadly toxin, and the bruise-like patches on their skin foreshadow their impending death. Luckily, Dong-chan uncovers the cover-up and a temporary cure…

Exposing the cover-up, Dong-chan ruins the premiere of his own show — which unsurprisingly leads to higher rating and more success for Dong-chan. In the middle of his success, Dong-chan quits and starts a YouTube channel instead (I’m not quite following either). 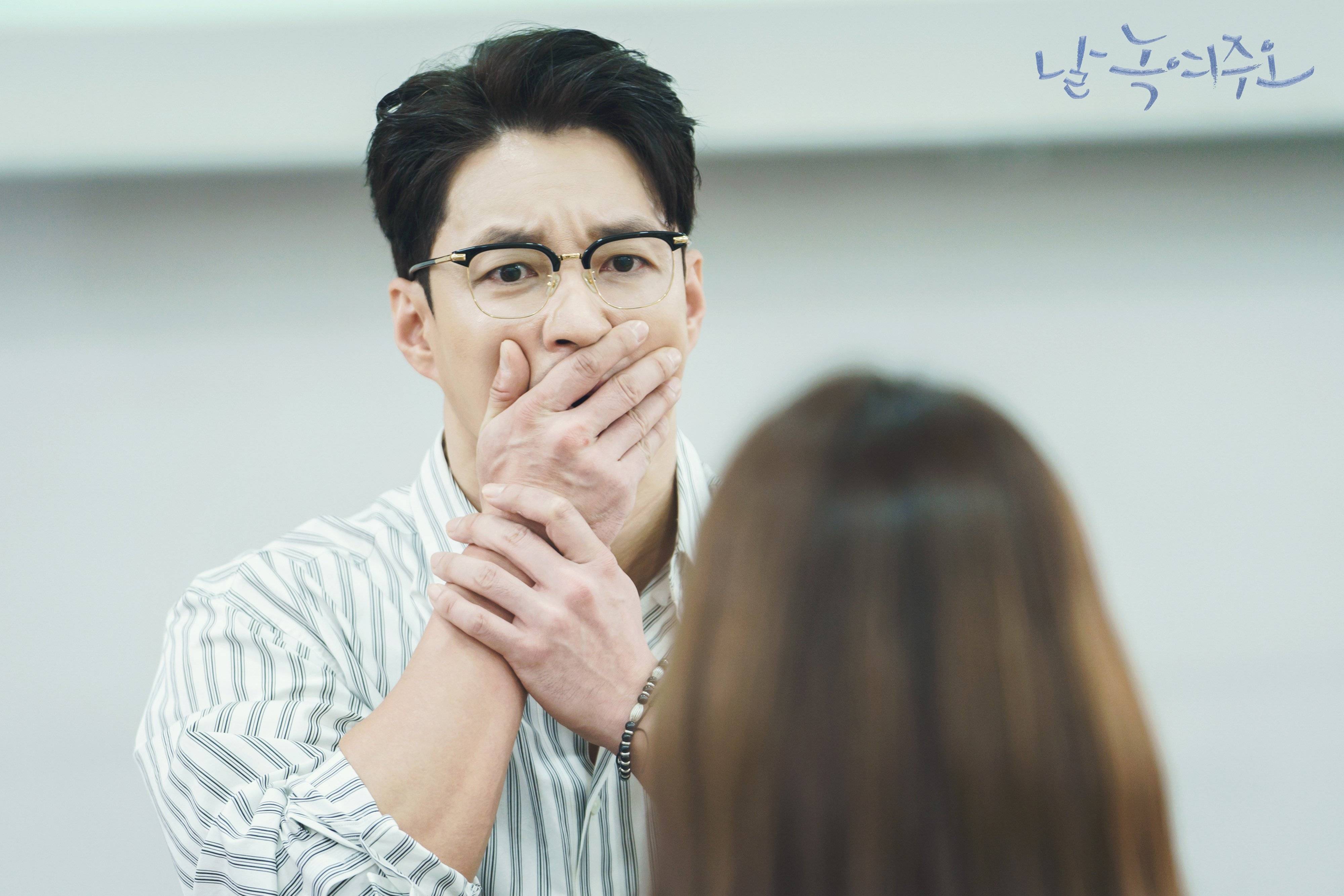 Dong-chan’s latest endeavor involves him vlogging the defrosting process and trying to return to health before being frozen. In life? Him and Mi Ran are very much in love, so much so that when Mr Baddie Chaebol hires an assassin from prison, Mi-Ran sacrifices herself to save Dong-chan.

In order to save her, Dong-chan puts her back to cryosleep — again, I don’t get it. Fortunately (and predictably), Mi Ran is saved and after a back and forth about where to live, they decide to travel together, start a travel blog and presumably live happily ever after.

While the sci-fi element started interesting, it became confusing and an almost irrelevant side story. And I still can’t decide whether the is that science-human experimentation is a good or bad thing…

The strength of the drama was its depiction of family relationships — Mi-Ran and her brother’s relationship being my favourite. If the drama was shorter and focused more on the changing yet enduring nature of family bonds, I am convinced it would have been a much stronger

What did you think of Melting Me Softly?