The story of the ‘Legend of the White Snake 白蛇传’ is one of China’s Four Great Folktales (the others being Lady Meng Jiang, Butterfly Lovers, and The Cowherd and the Weaver Girl). With dozens of remakes, this timeless story only seems to get sweeter with time.

‘The Legend of the White Snake 新白娘子传奇’  — starring Ju Jing Yi 鞠婧祎 and Yu Meng Long 于朦胧 — is just one of three high profile remakes in the last two years — the others being ‘The Destiny of the White Snake’ starring Yang Zi 杨紫 and Ren Jia Lun 任嘉伦 and ‘New Madam White Snake‘ starring Sun Xiao Xiao and Lu Hong.

This version is intended to be a remake of the hit 1992 Taiwanese version and closer to the original story — which focuses on the journey of a white snake, who after cultivating to human form (and intending to ascend further) falls in love with a human doctor. Their love — between mortal and immortal — is forbidden and white snake has to navigate the way forward, while pursuing enlightenment…

The original story is primarily about the fine line between good and evil and it’s a reoccurring theme in this drama . Each character is plagued by their own desires, which although on the surface may be good, leads them to act wickedly. The moral being that to be good requires constant effort and vigilance, even a moments weakness can lead to very wicked acts.

Predictably, Legend of the White Snake suffers from a common Chinese drama malady — excruciating slowly pacing. Finishing the drama required substantial effort, however I much preferred this version to the Destiny of the White Snake (starring Yang Zi and Ren Jia Lun). 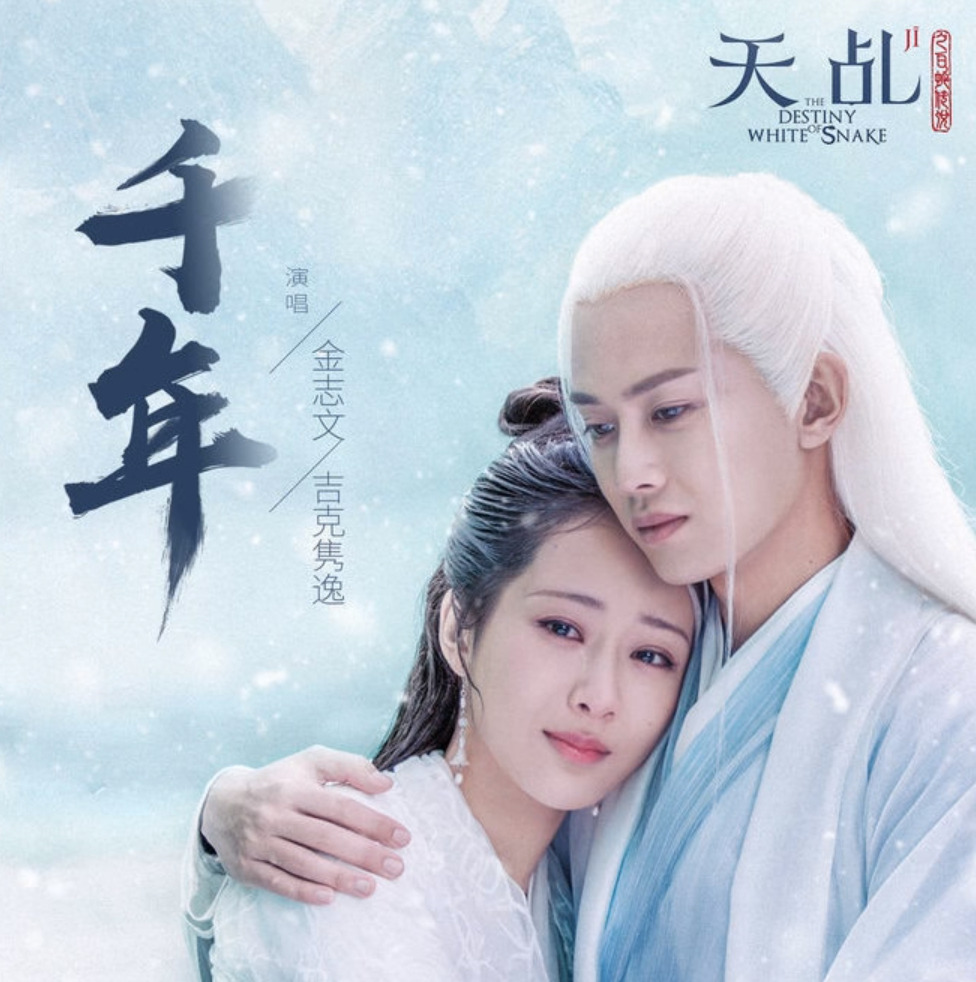 I wouldn’t recommend watching The Legend of the White Snake with the expectation of an epic love story or a captivating narrative — it fails quite spectacularly on both counts. However, it is a bit of history and should be appreciated for that — it goes through some effort to explain the idea of ‘cultivation’ (a reoccurring theme in popular dramas like Ashes of Love, Ten Miles of Peach Blossoms and Love and Destiny),  is aesthetically (and auditorily) stunning and if you are planning a trip to Hang Zhou’s Great West Lake it is a must watch (at least one version). – 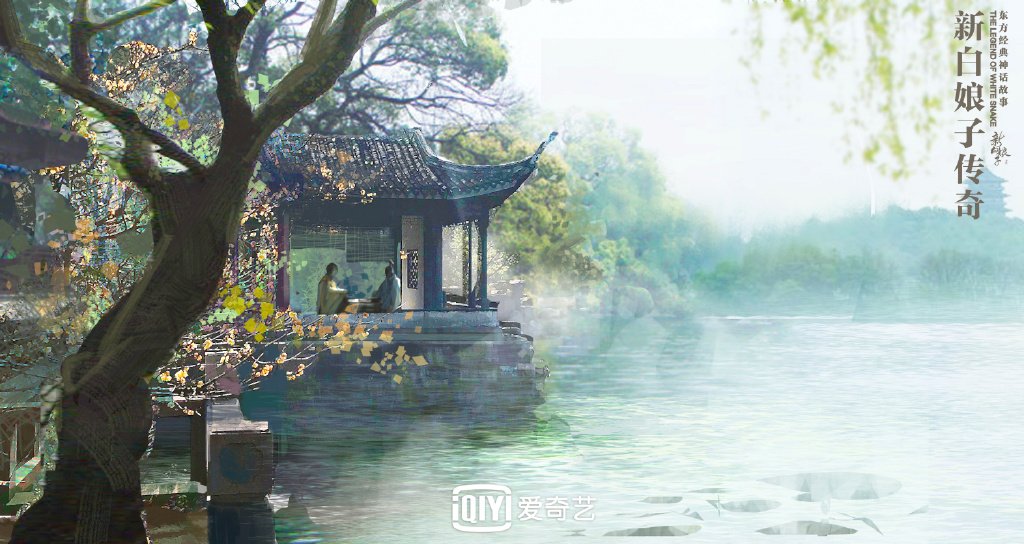 For those still interested, I’ve put together an episode guide below to help navigate through this drama, but beware there will be ‼️spoilers‼️:

After a thousand years of cultivation, a white snake called Suzhen takes her first step in human form. Her longtime companion Jingsong, a rodent spirit, bids her farewell as she heads toward her mortal trial.

Elsewhere, Monk Fai Hai is battling his obsession with destroying demons — regardless whether they are good or evil. He is warned by teacher that his obsession could lead him down a very dark road.

Bai Suzhen arrives at Lin-an village where she encounters Xu Xian pretending to be the reincarnation of Hua Tuo (a renowned physician) to raise money for Changshen’s mother, who was poisoned by a 500-year Green Snake.

White Snake defeats Green Snake and saves Changshen’s mother. Later, White Snake saves Green Snake from Fai Hai — this act of kindness, reminds Green Snake of her mother (who left abandoned her centuries before) and she decides to turn back into a woman (she previously promised her mother that she would be a man to protect her) so that she can follow White Snake as her sister.

During a lantern festival, a 3000-year Centipede Demon (who was previously a woman, who lost her child) kidnaps all the children (including Changshen) and sets fire to the Li-an village. White and Green Snake make it ran to save the city and later White Snake helps Xu Xian treat the injured villagers.

Jing Song tries to convince Suzhen to return to Emei Mountain and gets into conflict with Green Snake. Ultimately, Suzhen decides to stay for Xu Xian and Jing Song leaves in episode 12 (after he conspires with the fox demon, to frame Xu Xian and steal Suzhen’s life essence).

Although, Suzhen and Xu Xian love each other, the union between mortal and demon is naturally forbidden and causes Xu Xian to become very sick. Suzhen gives up her vitality essence to save him to save Xu Xian’s life (and to remain together) in episode 12. In doing so, she give up her ability to see people’s true form, and becomes increasingly more reliant on Green Snake.

In this arc, Xu Xian and White Snake start their new life as husband and wife. White Snake helps Xu Xian set up his clinic while competing with Ruyi (and her husband-demon Wang Daoling).

Although Ruyi treats Wang Daoling poorly and is still in love with/obsessed with Xu Xian, Wang Daoling tries his best to appease her and make her happy — his backstory is that he was previously an immortal but because he was distracted by a Peach Blossom Fairy (which looked like Ruyi), failed to watch an immortal fire and was demoted to demon.

In episodes 17-18, Wang Daoling and Ruyi conspire to poison the Lin-an village for profit, in the end their plans are foiled by White and Green Snake and Ruyi manipulates Fai Hai to expose and destroy White Snake. Ruyi’s plan momentarily succeeds, however Xu Xian recovers his memory in episode 22 and Xu Xian accepts that Suzhen true form.

Meanwhile, Green Snake falls in love with hunter/medicine gatherer Zhang Yutang. Unlike White Snake, Green Snakes isn’t old enough to use her vitality essence to save Zhang Yutang and has to abandon him (after Suzhen is able to retrieve a forgotten love potion from Green Snake’s father the Dragon King of the East Sea).

The Mind Demon, who previously possessed the Centipede Demon (feeding off the grief of losing her daughter), possesses Fai Hai by feeding on his obsession to attain enlightenment and destroy demons. With the help of Xu Xian, Green and White Snake, Fai Hai is able expel the Mind Demon without having to commit suicide. 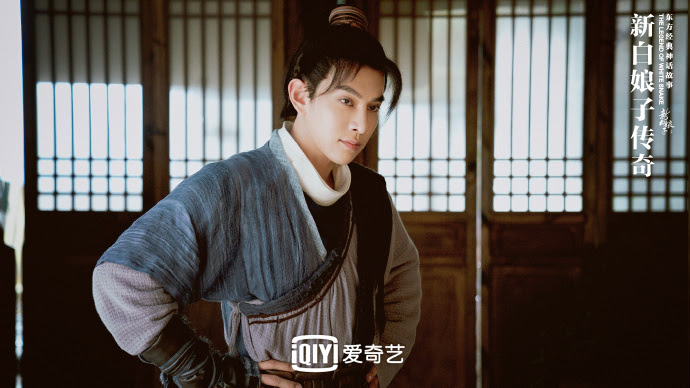 The Mind Demon looking for a new host, attempts to possess Green Snake in episode 28 during Zhang Yu Tang’s wedding to another noble (it was previously revealed that Zhang Yu Tang is the missing son of a prestigious family in a neighbouring village). However, Green Snake is saved by White Snake and escapes possession.

In episode 28-30, there is a mini-arc where Xu Xian is able to clear his family name and expose Liang Mohan corruption.

Ruyi, who continues to obsess over Xu Xian, causes the Mind Demon to possess Jiarong’s unborn baby — for the first time Xu Xian and White Snake have conflict, as White Snake wants to destroy the child (and the mind Demon) to save the lives of many, however Xu Xian is concerned with his sister’s wellbeing is oppose to the plan.

Xu Xian seeks the assistance of Fai Hai who gives him a drug that will restrict White Snakes power. Ruyi tampers with the medicine and while White Snake embarks on a dangerous journey for the Ban Sheng Lotus, her Primordial Spirit is destroyed and turns back into a snake. 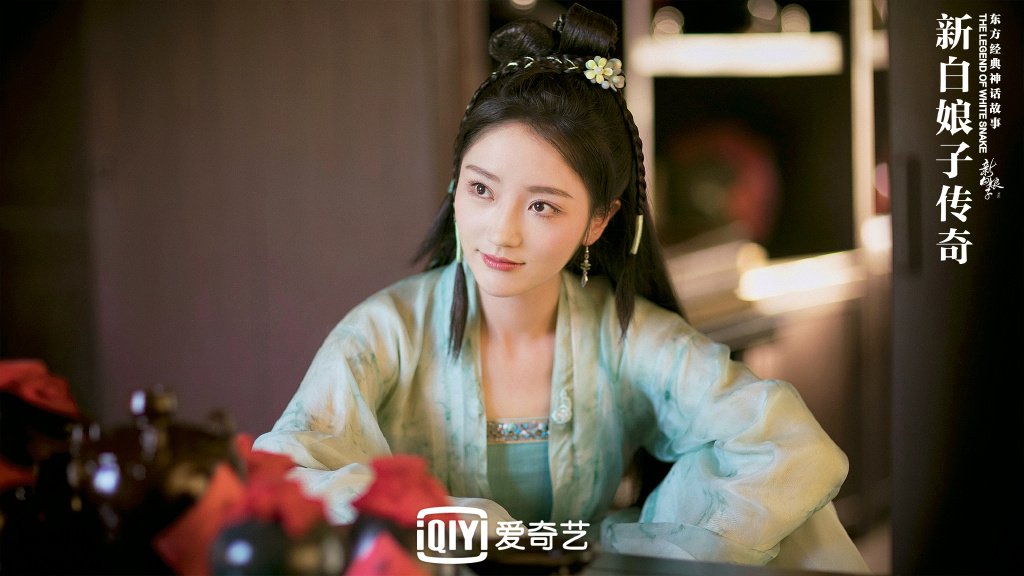 The Mind Demon possesses Ruyi — promising her Xu Xian. By creating a daily illusion, Ruyi becomes pregnant with Wang Daoling’s child. After finding out that she had been living an illusion, Ruyi kills Wang Daoling by taking his vitality essence (which he willing gives up — this is a pretty sad episode). And then realising that she has lost everything,  Ruyi kills herself in episode 35.

In the final battle against the Mind Demon, Xu Xian tries to sacrifice himself (in order to save the White Snake) to destroy the Mind Demon.

White Snake witnessing the villagers that Xu Xian helped for years turn against him, becomes possessed by the Mind Demon herself and tries to save Xu Xian.

Green Snake with the help of a rodent spirit is able to re-cultivate 500 years (Fai Hai destroys her cultivation so that she can be reborn a God) and heads to the East Sea to steal her father’s water token. Green Snake delivers the water token to White Snake and she floods the village, killing a lot of villagers.

At the last moment, Guan Yin (High Goddess of Mercy) appears and returns everything to normal but punishes White Snake by imprisoning her in Leifeng Pagoda. For the next twenty years, Xu Xian and Xu Shilin (their son) dedicate their lives to redeem White Snake by performing charitable deeds — and she is finally reunited with both of them

While I appreciated the moral of the story — that no one (no matter how good they have been), is immune from doing really horrible things — the drama was boring. Ju Jingyi and Yu Menglong portrayal of Suzhen and Xu Xian lacked chemistry and I felt like the only meaningful relationship was between Suzhen and Green Snake. Other than for the beautiful OST, I won’t be re-watching this drama anytime soon.

What did you think of this version of the Legend of the White Snake?