Moonshine and Valentine 结爱·千岁大人的初恋 is Cdrama’s rendition of the teenage vampire fantasy. The supernatural beings in this drama aren’t blood-sucking ex humans but foxes from space! After the death of their planet, these space foxes landed on earth, took human form, are seemingly immortal and have super human abilities.

The drama stars Victoria Song 宋茜 as the foxes’ human sacrifice — she is Hui Yan in the 10th century, Guan Pipi in the 21st century and Helan Jingting’s (portrayed by Huang Jingyu 黄景瑜) true love. Helan Jingting is the half fox-half human crown prince (of the fox clan) and was born blind. After Hui Yan’s sacrifice, his vision is half-cured and is able to see at night.

Hui Yan’s sacrifice causes her every future incarnation to die at 25. In each one of her lives, Helan finds her, falls in love again and tries to save her. However, in the 21st century, there is a glitch in his plan and Hui Yan (now Guan Pipi) has a boyfriend and isn’t in the least bit interested in Helan…

Moonshine and Valentine was fun — bizarre but a lot of fun. Only 25 episodes, the pacing was quite good and the production value was high.  Each episode begins with flashbacks to Hui Yan and Helan Jingting’s previous life and love together, and then moves back into the 21st century.  Alas Moonshine and Valentine wasn’t perfect — I docked points for the excessive time spent on secondary characters, sub-plots and the frequency at which one of the leads falls sick and needs to be looked after by the other  (I counted at least 5 instances!).

Like all good vampire love stories, Guan Pipi/Hui Yan and Helan Jingting’s love game was strong — I just wish we got to see more of it. For more on Moonshine and Valentine see the ‼️spoilers‼️ below:

Hui Yan (wholly born “Yang”) was sold as a child-bride to the rich mysterious Fox Clan — on their wedding night, a blind Helan Jingting is kind to the nervous Hui Yan and gives her an apple (mixed with his blood) which allows her to look into his eyes without getting sick.

As they grow-up together, Helan and Huiyan fall in love. However, Huiyan’s life is cut short and Helan spends the rest of his very long life looking for her incarnations and trying to save her from a curse caused by her sacrifice.

In the 21st century, Huiyan is Guan Pipi — a sub-performing intern at a gossip magazine. Despite her ordinary life, she is happy. Pipi has a seemingly loving and supportive boyfriend, Tao Jialin (portrayed by Xu Kaicheng from Well Intended Love) and a good friends in cafe-owner Xiao Ju and the ambitious Tian Xin.

After Huiyan’s death, Helan breaks from the Fox Clan with his close friends, Kuan Yong and Xiu Xian, to look for Pipi and break the curse. Also supporting Helan is his fox-fiancé Qianhua and constantly following her (to the annoyance of everyone) is Helan’s adopted brother Zhao Song, who is dangerously in love with Qianhua.

Unlike each of her previous lives, Pipi and Helan’s first meeting doesn’t go as planned and it isn’t love at first sight. Instead Pipi mistakes Helan as a blind beggar… which means that Helan has to do what he hasn’t done before, that is to pursue Pipi.

Helan’s pursue of Pipi doesn’t go smoothly and he comes across as hot-tempered, vindictive and a bit of stalker. However, after Pipi discovers Jialin’s infidelity with her best-friend Tianxin in episode 9, she has the space to consider Helan. 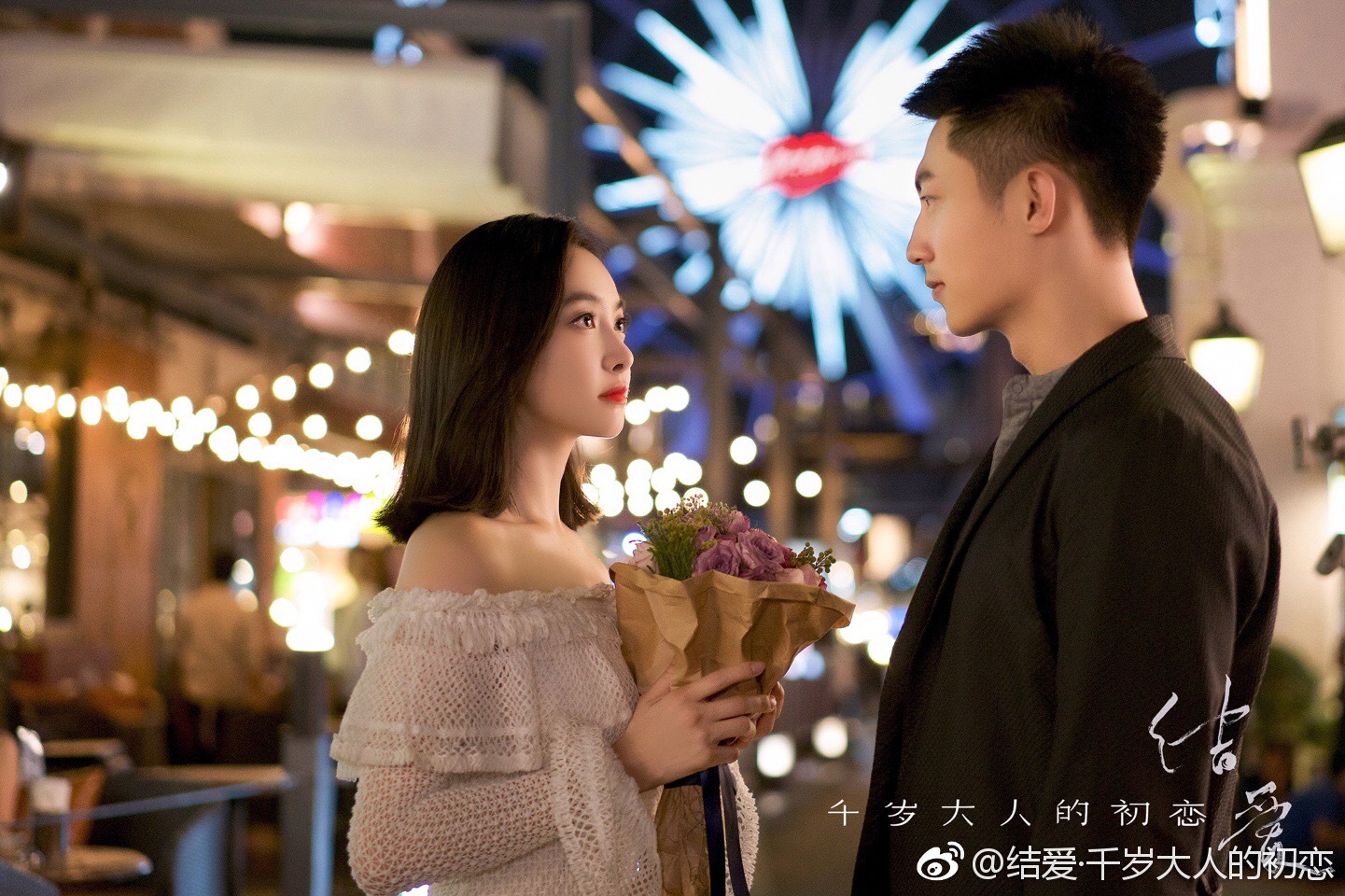 Meanwhile, Pipi’s bestie Xiao Ju becomes good friends with Kuan Yong and Xiu Xian, after they frequent her otherwise quiet cafe, save her from a one-sided love with her customer and befriend her outcast father.

While Helan pursues Pipi, he deploys Qianhua to figure out how to lift the curse — Qianhua (with Zhaosong’s help, who then betrays and rapes her in episode 17 after their sham wedding) finds out the true story behind Helan’s birth and the curse.

It turns out that Helan’s father Qing Mu — the one that arranged for him to initially marry Huiyan and named him his successor — is not actually his father but his mother’s oldest friend. Qing Mu was in love with Helan’s mother, Princess Xiyan. However, Xiyan was in love with a human. Xiyan leaves the Fox Clan but is killed by her husband’s neighbour. Before Xiyan dies, she goes to Qing Mu and asks him to save Helan and go to her sister, Princess Zhaoyan.

Qing Mu deeply in love with Xiyan, complies with her wishes and goes to Zhaoyan. Zhaoyan tells Qing Mu the only way Helan is able to regain his vision is by falling in love with a “Yang” girl, that girl must die at 25 by sacrificing her liver for Helan to eat. That way Helan will be able to regain his night vision. To fully regain his vision, he has to marry a pure fox girl — which is why Qing Mu has arranged and insists on Qianhua marrying Helan.

The way to break the curse is for Helan to die and save Huiyan/Pipi. While Qianhua gathers this valuable intel — Pipi moves in with Helan after kissing him and falling into a coma (apparently a foxes breath can kill a person if they are unprepared). They move fast and Helan asks Pipi’s parents for permission to marry her, only for his father to disapprove and insist on him marrying Qianhua.

Meanwhile, Jialin and Tianxin don’t have their happily ever after in the US — Tianxin insecure about her relationship ends up picking little fights with Jialin and they break-up before returning to China.

After returning for her trip to the north, Qianhua tells Pipi that only one of them can live and she would prefer Helan to live. Qianhua’s backstory is also revealed — she was saved by Helan after she was hunted by humans centuries ago and has vowed to protect him from then onward.

In episode 20, in attempt to save Helan’s life, Pipi tries to break-up and get back with Jialin. However, things take a very dark turn when Zhaosong begins executing his plan to become Fox leader and destroy Helan (after Qianhua rejects him). Stage one of Zhaosong’s plan is destroying Qianhua’s business and manipulating Jingxue — who has an ill half-human half-fox son — to kill Pipi. Jingxue ends up stabbing Jialin and Helan gives up some of his life energy to save Jialin in episode 21.

By saving Jialin, it becomes obvious that Pipi still deeply cares for Helan and they consummate their relationship and get engaged — deciding to cherish whatever time they have together. With the truth of Helan’s birth revealed, Qingmu and Helan reconcile and Qingmu officially passes on his position as leader of the Fox Clan to Helan (represented by passing on the fox leader key).

In pursuit of the key, Zhaosong kills Qingmu (who is greeted by Xiayan in the next life, telling him he has done well… that was sad) and Wang Xuan to then frame Pipi and Helan. The police arrest Pipi and Helan at their wedding. While in custody, Zhaosong kills Helan but doesn’t get the key. With Pipi by his side, Helan returns to his fox form and breaks the curse on Pipi. To stop Zhaosong, the gang searches for a fox wood which is able to kill a powerful fox but will also kill any other fox present.

Episode 24 is an episode long flash-back, back to when Helan tracked Pipi’s parents, ensured that Pipi was safely born and basically followed her growing up. Back to the present, Pipi and Qianhua are able to trap Zhaosong and kill him — that is only after Qianhua tells Zhaosong that she has loved him all this time, doesn’t want him to become a bad person and they die together.

Honestly, this part was strange — Zhaosong is a murderer and raped her, how does Qianhua love him? Plus Qianhua previously told him that the reason she would always prefer Helan (even though Helan doesn’t love her) is because Helan would never hurt her but Zhaosong would. The only way to explain this is that Qianhua told that to Zhaosong so that he would willingly die.

Kuan Song and Xiu Xian decide to sacrifice their human form to help Helan regain his human form. However, they return to accompany Xiaoju —  ultimately resolving the love triangle. As Xiaoju said in episode 22 — neither of them could make a decision about which one to choose and it is better that all three stay together as friends. And in case anyone is wondering, Tianxin and Jialin (with Pipi’s blessing) try and make it work again.

At the very end,  Pipi meets Helan Xi on the train to somewhere — Helan Jingting’s new human form — and they start their love story all over again. Hopefully, this time it won’t end so tragically. While I was hoping for a more complete ending, I wasn’t totally disappointed as it does leave room for interpretation and maybe a season 2?

What did you think of Moonshine and Valentine?