Since its premier earlier this year, web-drama The Romance of Tiger and Rose 传闻中的陈芊芊 starring Zhao Lu Si 赵露思 and Ding Yu Xi 丁禹兮 has gained a massive following. Like its drama predecessors The Eternal Love (2017 and 2018) and Go Princess Go (2015), The Romance of Tiger and Rose has been a hit with the ladies. It has also (surprisingly) gained widespread attention for its social commentary (more on this later…).

Zhao Lu Si portrays drama scriptwriter Chen Xiao Qian. After an argument with the male lead (Ding Yu Xi) in her upcoming period/costume drama, Xiao Qian wakes up to find herself in her own script and in the body of Huayuan City’s arrogant third princess, Chen Qian Qian.

To get back to the real world, Xiao Qian believes that the story needs to end as she wrote it — that is, for the original leads, Han Shuo and Chen Chu Chu to fall in love with each other. However, things get complicated when Han Shuo falls in love with her and she starts to feel the same…

Story sound familiar? It should! It’s your text-book time-travelling drama. The twist (which has everyone talking)? It’s set in the fictional Huayuan City — a matriarchal society. But don’t be fooled, this isn’t a feminist drama. Its not a Yanxi Palace or Story of Minglan. In truth, its a low-budget mash-up of The Eternal Love (2017 Chinese Drama) and Extraordinary You (2019 Korean Drama).  The Romance of Tiger and Rose is rife with sexism and plays right into patriarchy. But like The Eternal Love — it was a guilty pleasure, and at times, a very guilty pleasure.

But its fun, silly and doesn’t take itself seriously. And that’s what I liked. While there were some scenes (more in the spoilers below) which went too far, for the most part it was light-hearted fun. For ‼️spoilers‼️, see my episode guide below:

Han Shuo is the Prince of Xuanhu City, a traditional patriarchal city. Han Shuo suffers from a heart disease. Only Huayuan City’s Dragon Bone can cure his heart ailment. Han Shuo decides to marry Huayuan City’s second princess (Chen Chu Chu) for access to the Dragon Bone. However, his plan goes awry and he instead captures the attention of Chen Qian Qian. Qian Qian forces him into marriage/steals a husband. 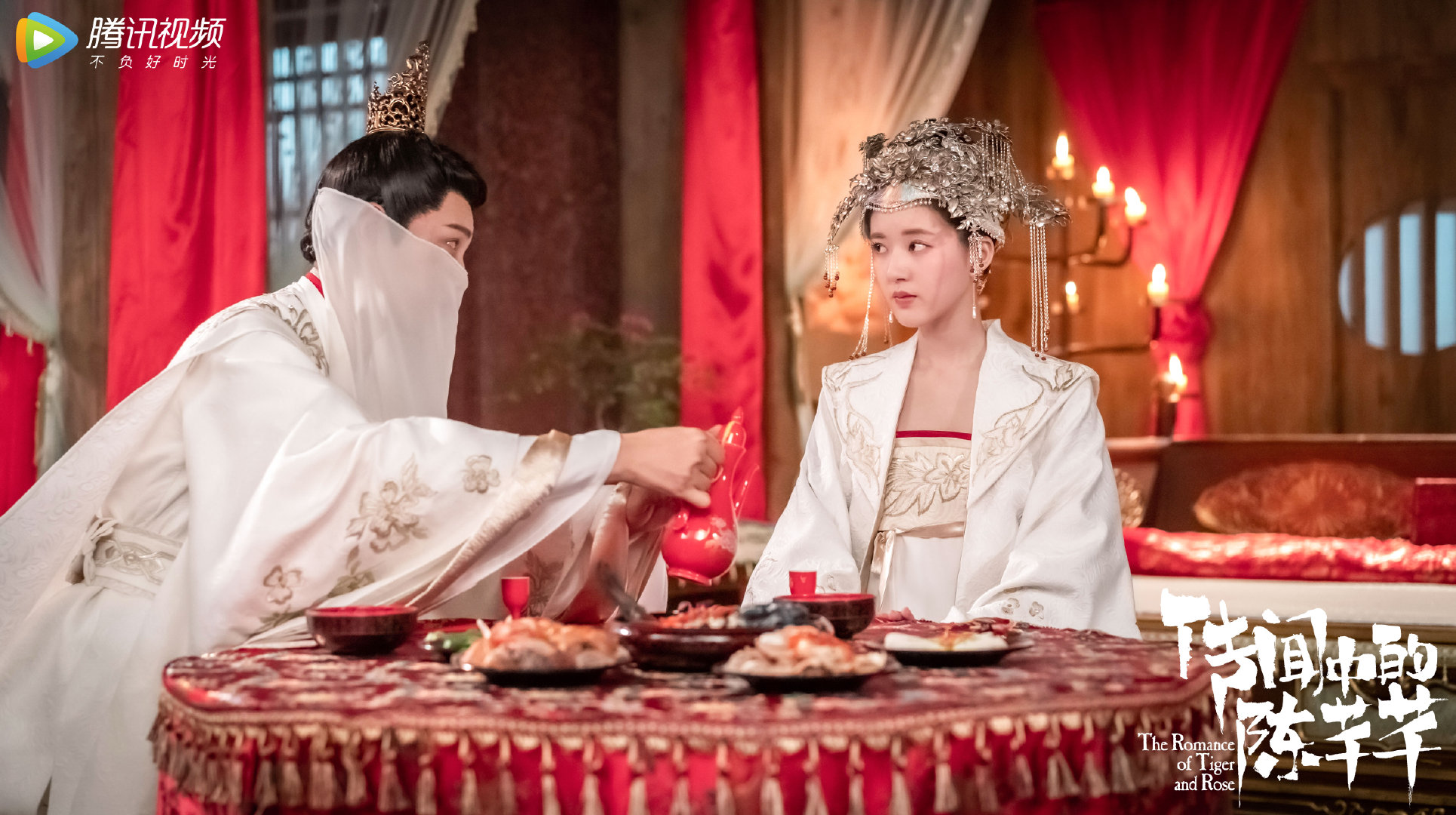 According to the original story, Han Shuo poisons Qian Qian on their wedding day and then gets with Chu Chu. However, Qian Qian (now Chen Xiao Qian) realising where the story is going, avoids being poisoned and is intent of staying alive and returning back to the real world. After a few more murder attempts, Han Shuo starts to appreciate Qian Qian’s honesty, kindness and playfulness (much to his surprise). In episode 3, Han Shuo decides to no longer kill Qian Qian and instead tries to use her to get to the Dragon Bone.

Meanwhile, Qian Qian continues to try and get Han Shuo and Chu Chu to fall in love. Her attempts instead lead to a stand-off between the two (episode 4). Han Shuo finds out that Qian Qian was behind the stand-off and decides to kill her again. Guilt-ridden Qian Qian decides to steal the Han Shuo and cure him. She succeeds in curing Han Shuo from his heart condition but is in trouble for stealing the kingdom’s heirloom. In episode 6, Qian Qian pleads with her mother to punish her instead of Han Shuo and is stripped of her “princess” title. 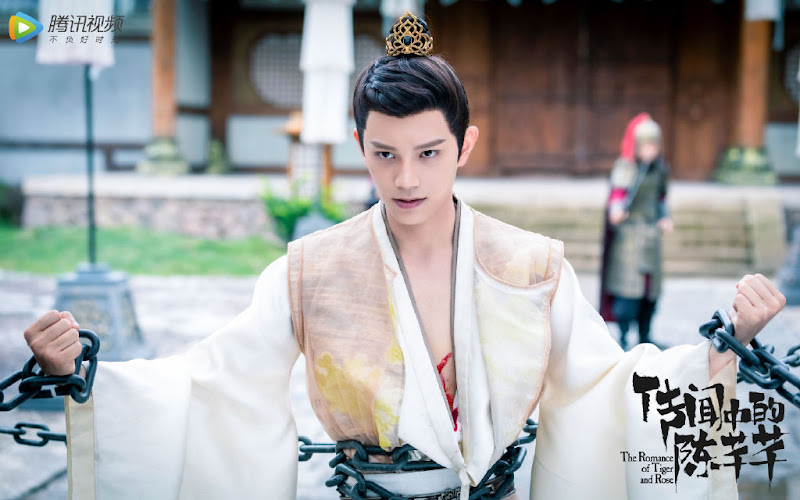 Both Han Shuo and Minister of Education/Qian Qian’s fiancé realise that Qian Qian isn’t the same person she use to be — she’s kinder, more innocent and well-meaning. Both fall in love with her (now a commoner and in need of protection) — thus forming love triangle.

Qian Qian becomes princess once again after she saves the town’s miners and finds oil at the same time (episode 7). In episode 8, in an effort to help her oldest sister walk again, she participates in the imperial exam. With the help of Han Shuo, she ends up coming first and Chen Yuan Yuan agrees to continue her rehabilitation (with her new companion and love interest Su Mu) in episode 9.

Qian Qian’s plan works (to some degree) and Chu Chu falls in love with Han Shuo (in episode 11, after falling into a ditch). While away, Qian Qian wins over the rebels and becomes their leader. Han Shuo finds out that Su Zi Ying has a childhood vendetta against Qian Qian and is trying to destroy her (episode 13). After saving her (and restraining himself after breathing in Su Zi Ying lust-inducing potion), Qian Qian begins to have real feelings for Han Shuo despite knowing that none of this is real.

Love triangle turns into a love square in episode 14 when Pei Heng and Chu Chu start to become more involved in Han-Qian’s romance. Han Shuo (with eyes only for Qian Qian) decides to forgo him plan to blowup Huayuan City for Qian Qian in episode 16 and they share their first real kiss under the fireworks. Despite Qian Qian’s feelings for Han Shuo, she pushes him to Chu Chu and seeks Pei Heng’s help in episode 18. She does it to save his life (after a number of unexpected character deaths) and to finally end the story as it is suppose to end.

After Qian Qian’s “betrayal”, Han Shuo goes dark and teams up with Chu Chu to take-over Huayuan City.   They succeed and Han Shuo puts Qian Qian under house arrest — angry with her, he attempts to rape in episode 19 (which is totally not okay, and just changed the rhythm of the entire drama).

Despite this, Han Shuo and Qian Qian make up and when the tables turn (and Han Shuo is imprisoned), Qian Qian and Han Shuo consummate their marriage in episode 21. And then Qian Qian fakes her death to save Han Shuo. 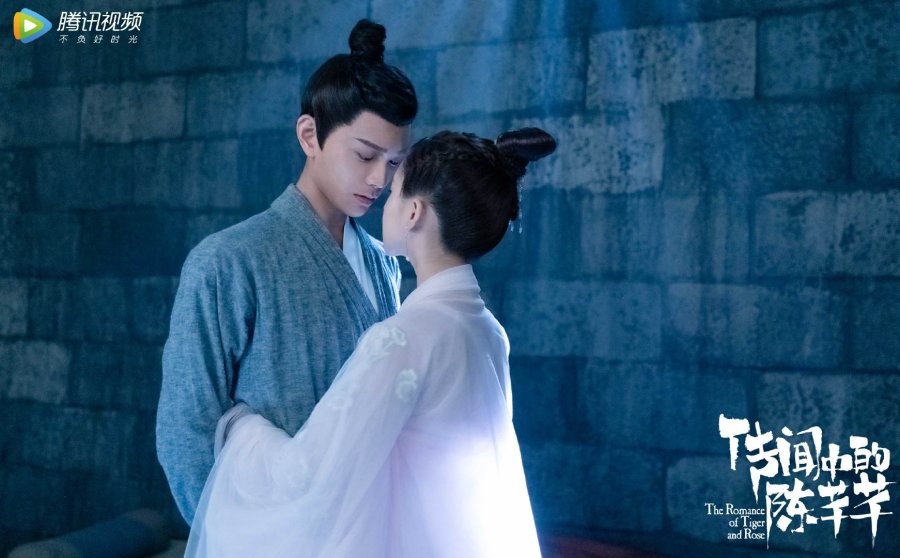 Together, Han Shuo and Qian Qian leave for Xuanhu City — however on the way (in episode 22) Han Shuo finds out that their world is created by Qian Qian. Han Shuo’s reaction is strange — he may as well never found given his underwhelming reaction. While life in Xuanhu City has its own challenges, Qian Qian and Han Shuo enjoy their time with Han Shuo’s family.

Qian Qian and Han Shuo return to Huayuan City to quell the rebellion started by Chu Chu. It is revealed that Chu Chu is Pei Heng’s sister. Ultimately, a massive battle ensues (the one that has been foreshadowed from the very beginning) and Chu Chu mortally wounds Han Shuo.  Despite this, Han Shuo persuades Qian Qian to accept the position of City Leader and he dies in her arms.

In that moment, Xian Qian wakes up and realises it was all a dream! Xiao Qian hears the news that Han Shuo (the actor) has been hit by a car and is hospitalised.  Han Shuo doesn’t immediately recognise her, but after a few moments they discover they had the same “dream”… and presumably live happily ever after (in the real world).

What did you think of The Romance of Tiger and Rose?